There are a few pretty interesting entries on the North Carolina Republican Party’s FEC financial disclosure report.  Look under the category of loans:

You have Dallas Woodhouse and FIVE Cabarrus County residents “loaning” the NCGOP a combined total of  $50,000 on the second day of the 2019 state Republican convention in Concord.  (I never knew Dallas had the “bank” to loan someone $25,000.)

Sources say  the Embassy Suites Concord was seriously threatening to deny the party the use of its facilities for its convention — because it had reportedly not paid the previously agreed upon amount to reserve them.   Sources say the five Cabarrus residents are known friends of former party chairman Robin Hayes.  Woodhouse served as executive director of the party while Hayes was chairman. 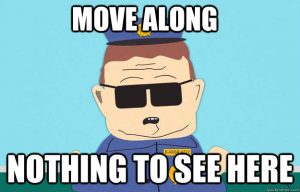 What’s the plan for paying this money back?  Was the party in such poor shape it needed to borrow money in order to put on a convention?