You expel CO² every time you exhale. It’s found in your sodas and beer. It’s found in baking soda.  The word is that that about the only risks related to carbon dioxide come when you put a bag over your head or seal yourself up in a tent.

Logic and science, be damned.  The EPA and the lefty hordes are unleashing new regulations that are expected to jack up our electric bills in the name of saving the world from carbon dioxide.  Carbon monoxide is some dangerous stuff. But THAT is a whole different ball of wax from what the fascists at the EPA are talking about here.

Gov. Pat McCrory and US Senator Richard Burr are upset about the new regulations.  The jackbooted folks at the EPA aren’t concerned.  They have proclaimed that — if the states don’t come up with an ‘acceptable’ plan — DC will gladly come up with one for them. (*shudder.*)

The new regs will reduce the impact of cost-effective coal in production of energy, and make providers more dependent on more expensive alternative energy methods. Barry Obama TOLD US in 2008 that he was going to jack up our utility bills.  And he still won TWO elections.

We’re hamstringing ourselves while India and China are still going gangbusters with coal.  Do these people honestly think there is some mystical force-field out there that contains THAT coal-burning?

The new EPA regs are expected to be very beneficial to firms that have already heavily invested in alternative energy production methods (solar, wind, etc.).  McCrory and the GOP-controlled state legislature COULD act to lessen the impact on North Carolina residents.  They could act to roll back the alternative 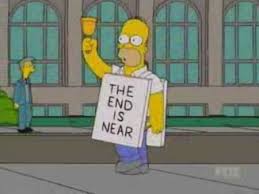 energy mandates passed by the General Assembly in 2007.

The NC House — under the Tillis regime — smothered an attempt to kill those mandates in 2013.  An awful lot of GOP campaign contributors have invested BIG TIME in alternative energy (Murphy Brown, Duke Energy, etc.) and are ready to see a return on that investment.

We’re sure to hear a lot of outrage from GOP pols in Raleigh and DC over the next few days about these new regulations.  These folks SHOULD back up that talk by rolling back the mandates in Raleigh and attacking the EPA’s efforts in DC.

7 thoughts on “BOHICA Alert: Jacking up our electric bills to save us from the ‘horror’ of carbon dioxide”