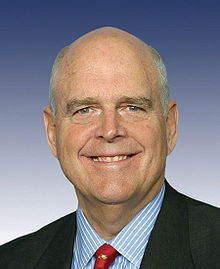 Here’s the late Fred Sanford’s first reaction to being introduced to Robin Hayes.

On Saturday, the NCGOPe tossed out the party’s first black chairman and replaced him with a, um, “intellectually-challenged” white man who documentary evidence clearly demonstrates was clearly outperformed by said ousted black man.  Complain about someone not performing, and then replace him with someone who did even worse?

Yep, ol’ Robin is back.  He of the strong-arm, threatening tactics in Tampa.  He of the Ripon Society.  He of meddling in Republican primaries. He of the Mark Harris stalking horse campaign in the 2014 US Senate primary.  His prior experience as a congressman and party chairman clearly demonstrates his contempt for conservatism and The Tea Party. So, it made perfect sense to make his appointment to interim chairman of the NCGOP the cherry on top of the F-U move perpetrated against

conservatives on Saturday in Raleigh.

So, the NCGOP has moved from an executive director and governing committees antagonistic to conservatives and a chairman with Tea Party support, to full control of the party by petty RINOs with nothing but contempt for conservative voters they so desperately need to come out for the GOP ticket in November.

This move Saturday is one big middle-finger aimed at the activists who do the work: putting up signs, canvassing door to door, manning phone banks, and working polling places on election day.  How smart is it to smack that hornet’s nest — piss off sooooo many of the people whose help you are going to desperately need in about six months?

Hayes’s previous tenure as chairman was marked with contempt for and spats with Tea Partiers.  How is this guy the smart choice for unifying the party heading into November?

Donald Trump won the state’s primary.  But Hayes has been an outspoken advocate for Marco Rubio.  But, hey, so is the NCGOPe’s SUGAR DADDY Art Pope.  Hayes’s appointment sure would seem to indicate the potential for mischief within North Carolina’s delegation to the Republican National Convention. 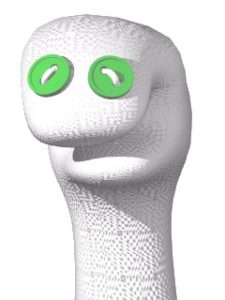 Robin Hayes is what Stalin and Lenin referred to as ”a useful idiot.”  He does what he is told.  In 2012, Pat McCrory told him to go away because Claude Pope was NOW going to be party chairman.  Now that we’re in a presidential year, with NCGOPe types like McCrory and Burr in tight races and the RNC mulling mischief at the national convention, it’s quite handy to have a state chairman in place who will follow the orders of Thom Tillis, Pat McCrory, Art Pope, and Paul Shumaker.

I don’t like playing the race card.  But it’s going to be interesting to see how these, um, “geniuses” who tossed Harnett combat those accusations from Bill Barber and the Democrats.  The only two leaders run off by the NCGOPe — Hasan Harnett and Tim Johnson — have been black.  And both were replaced with white candidates who underperformed when compared to their black predecessors.

Who needs Jim Carrey and Jeff Daniels?  With Dallas Woodhouse and Robin Hayes, the NCGOP has their very own ”Dumb & Dumber.”