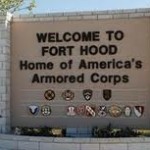 The media is having a field day talking about the SECOND mass shooting in five years at Texas’ Fort Hood. Is the war to blame?  How did this guy get a gun? Could the Army have done more?

A lot of soldiers pass through Fort Hood each day.  It is an important venue for soldiers deploying to, and coming home from, our theaters of operation in the Middle East.

This latest shooter — just like the guy in 2009 — had serious mental issues.  How could he get a gun with all of those mental problems, lefties and the media are asking.

Thank HIPAA.  Yes. The feds have draconian laws with even more draconian penalties covering medical records and the disclosure of their contents.  You can get hit with serious penalties for even acknowledging that someone was even seen in the office of a certain doctor  (without getting that person’s permission).  YOU CAN’T publicly disclose someone’s mental problems without their permission.  If they haven’t been arrested and convicted of a crime, they will not show up in databases checked for handgun permits and gun purchases.

A pattern is starting to show up in these high-profile mass shootings.  Schools. Movie Theaters.  The Washington Navy Yard.  Fort Hood.  What do they all have in common?  They are GUN-FREE ZONES.

How many deaths and injuries could have been prevented at Fort Hood if soldiers were allowed to carry loaded firearms? This dirtbag’s crime spree could have been halted before it even got started.

Lawmen I know tell me that most criminals — even the violent ones — are cowards.  They are more likely to go after victims who are the physically weakest and least likely to be armed.  In other words, the little old lady who lives next door to me is more likely to get jumped in a parking lot than I am.

My  neighbor is not likely to be armed.  I, on the other hand, am very capable of raining hellfire and damnation on anyone stupid enough to confront me in a hostile manner and demand my wallet.

Want to save lives?  Clear the way for an environment where SOMEONE within 50 feet of you is very likely to be armed and ready to defend him or herself.

2 thoughts on “Another tragedy in a gun-free zone”