I have to admit there are some mixed emotions at this site about Lt. Gov. Dan Forest.  I’ve talked with him ONCE, and was impressed.  I know people who know him well.  They all tell me he’s a great guy.  It’s too bad he’s (1) hitched his star to Pat McCrory and (2) running for a meaningless office.

Back in 2012, when Dan was merely Candidate Dan, the GOPe crowd behind McCrory was behind ANOTHER candidate for lieutenant governor.  When that didn’t work out in the primary, Team McCrory didn’t know Dan Forest.  McCrory was raising all kinds of money and holding on to a huge lead over Walter Dalton.  He would hold events and refuse to even acknowledge Dan and the other council of state candidates in the audience.

Dan Forest didn’t play the pander game that McCrory did in 2012.  He wore out a lot of shoe leather traveling the state and meeting folks who  have likely never met a candidate for lieutenant governor.  He campaigned as an unabashed conservative, and ended up winning a razor-thin victory against a black female Democrat in a year with a black Democrat incumbent president on the ballot.

At that point, having won all on his own, Dan could have gone to work establishing himself as Mr. Conservative in Raleigh.  He didn’t owe McCrory anything.  They ran separately.  McCrory avoided him like the plague on the campaign trail.  Instead, Dan decided to be a good soldier and fall in line.

My sources on Jones Street tell me Forest has been a strong leader in the Senate — keeping things solidly on the right wing in the upper chamber.  He scored points by taking on June Atkinson on Common Core.  He’s done a great job of defending the state against HB2 critics. 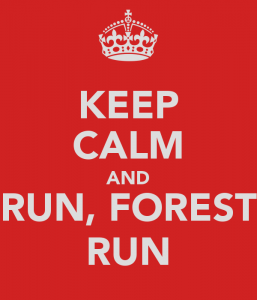 But THEN he does stuff like go out and campaign for the ConnectNC bond scam.  He promised those people in Charlotte he’d help them fight the I-77 toll project.  We didn’t see or hear much more on that from Lt. Dan.   There was a lot of talk on Common Core, but it is still basically intact.

The lieutenant governor post — at one point — meant something.  Then, in 1988, Republican Jim Gardner got elected to the post.  The Democrat majority in the upper body quickly neutered the post and made it little more than a glorified figurehead.  With a veto-proof GOP majority in the Senate, there’s really not a whole lot of need for a Republican lieutenant governor. (Some could argue there’s really no need for the job altogether.)

It’s putting it mildly to suggest that there is little enthusiasm for Pat McCrory out there in the hinterlands.  Forest is making a big mistake continuing to ride the governor’s coattails.  He needs to do more to step out there on his own.  I am convinced the General Assembly AND the governor have occasionally taken positions Forest has been uncomfortable with.  Dan needs to SPEAK UP.  Tell the governor he’s WRONG when he’s WRONG.  (Same with Berger and Moore.)

Forest campaigned as an outsider who was going to shake up Raleigh.  “Raleigh” did nothing to get him into office.  How much will it do to keep him there?

4 thoughts on “A Time For Choosing for Dan Forest”