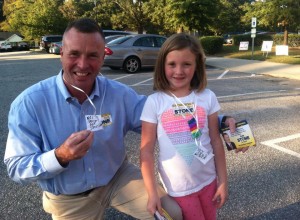 One of the best stories from this past election day was Republican — and former state trooper — Keith Stone being elected Sheriff of Nash County. Stone and I both have roots in southeastern North Carolina’s Robeson County.

My grandfather — longtime political capo di tutti / boss of bosses for the local political machine —  and longtime Robeson County sheriff Hubert Stone — Keith’s father — ran things together in the county for decades.  Hubert — who was sheriff from 1978 to 1994 — was a no-nonsense kind of guy who brought comparisons to Buford Pusser from “Walking Tall.”   As expected, Hubert earned the wrath of various Chapel Hill-Carrboro lefty types. Charges of racism and corruption, etc., flew like arrows in a medieval siege.

The racism charges conveniently ignored the fact that — in Robeson County — you HAVE to win votes from at least ONE racial group other than your own to get elected county-wide.  (The county is pretty well split between whites, blacks, and Native Americans.) His opponents came after him hard but never managed to nail him.  He retired from the department in 1994. 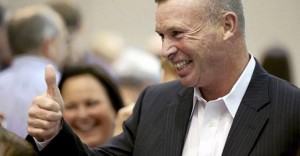 Hubert rode off into the sunset, but he left a legacy to law enforcement.  One son, Kevin, is rising through the ranks of the US Marshal Service.  His other son, Keith, served the State Highway Patrol honorably, and will soon take charge of The Nash County Sheriff’s Office — taking on the job title that his father wore so well.

Hubert Stone passed away in 2008 — so he obviously wasn’t around to celebrate Keith’s 2014 election victory.  But I am sure that old man is looking down on Nash County beaming with pride.   I knew Hubert much better than I knew his sons Keith and Kevin.  But judging from what I know from meeting Keith and his brother, and knowing their father so well, I think it’s safe to say you folks in Nash County made a great choice Tuesday.