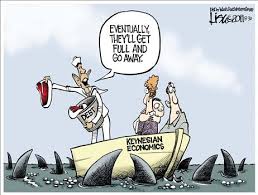 John Maynard Keynes is looking up, and smiling lovingly, from his special place in Hell.  The British economist is the DADDY of the twisted concept that it is the government’s responsibility to push people this way and that way to encourage desired behavior. *The government knows best in managing your life.* (Think FDR’s New Deal and LBJ’s Great Society. )

The GOP has had a lot of electoral success in North Carolina and across the country by campaigning on tax cuts and limited government.  But comments we’re seeing lately are making us think Republicans in our state and national capitals are trying to dance with someone other than who brought them

Governor Pat McCrory (R) and Senator Thom Tillis (R) have both sung the praises of toll roads to finance road construction — because, apparently, there is no money for such things.  Yet, we’ve got one of the highest gas tax rates in the nation — which went up on January 1, BTW.

This weekend, NC Spin aired an interview with McCrory.  Moderator Tom Campbell asked McCrory if he thought the voters would approve a BILLION-DOLLAR bond for road construction.  “The initial bond would not require a public vote,” McCrory responded matter-of-factly.  SO — he’s going to put us on the hook for AT LEAST ONE BILLION DOLLARS in new money and not give us any input on whether to do it?

I also thought we were out of money.  So, how are we going to pay that billion back?  I’ll tell you.  ALL of our wallets will be made a little lighter if Gov. Pat gets his way.  He’s borrowing a BILLION dollars, and we’re going to be responsible for paying it back.  Fees may be increased.  Taxes and tax rates may be increased.

Also in that interview, Gov. Pat praised the idea of creating a one-stop shop for Medicaid recipients: One place to go for all of their treatment, and ONE bill.  The Dear Leader informed Mr. Campbell and his audience that “the current economic model for medicine is not sustainable.”  Holy British National Health Service (NHS), Batman!

In response to questions about more money for the environment, education, teacher pay, medicaid, and road construction, McCrory said it’s important to get things li 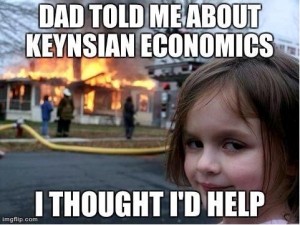 ke fracking up and running.

“If we want more money for education and health care and teacher pay, we’ve got to generate that new money,” Gov. Pat said.

Yep.  Things like cutting the size of government and allowing people to keep more of their money and make the choices that are best for them was a concept conspicuously absent from the interview.  *The bureaucratic beast MUST BE FED.*

If that didn’t make your head hurt enough, take a gander at what transpired on Fox News Sunday.   GOP senators Bob Corker (TN) and John Thune (SD) were on:

[…] In an interview on “Fox News Sunday,” Thune said that while he is opposed to increasing the gas tax, lawmakers will need to “keep all options” available when they return to Washington this week. 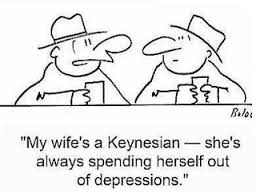 “I don’t favor increasing any tax,” Thune said. “But I think we have to look at all options.”

“I don’t think we take anything off the table at this point,” said Thune, who will chair the Senate Commerce, Science and Transportation Committee. “Those discussions continue… It is important that we fund infrastructure.” […]

Either these guys are incredibly dishonest, or they slept through discussions about supply and demand curves in their college economics classes. Currently, the price of oil is in a freefall.  Therefore, gas prices are dropping.  The gas tax is a set rate — X number of cents per gallon.  Under the theory of supply and demand, when prices fall for a good or service, demand goes up.  People buy more.  As gas prices went through the roof, people cu 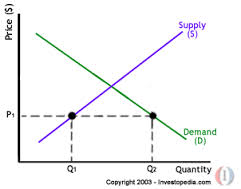 t back on their driving.  As prices are dropping toward 2008-2009 levels, people are doing more driving and, therefore, buying more gas. Buy more gas, cough up more tax money.

As long as you keep the price reasonable, people will keep buying — and will likely increase the quantity they’ll buy.  In all likelihood, you could see a climb in overall tax revenue by cutting our already-outrageous gas tax rate.

People resist coughing up their money when they feel you are demanding too much from them.  Just look at the difference in revenue from periods of high tax rates vs. periods with reduced rates.

7 thoughts on “The GOP’s Keynesian Kumbaya”