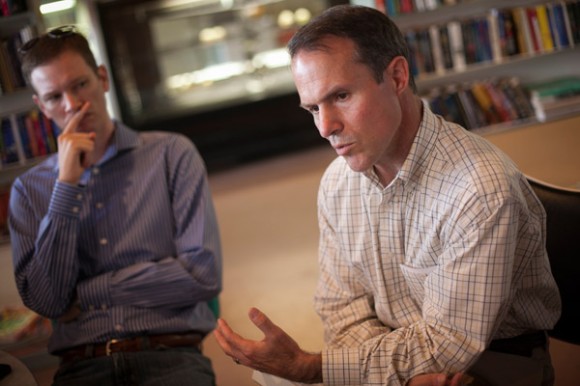 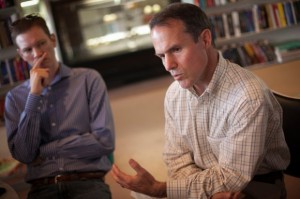 Steve Wilkins, a Moore County Democrat seeking to replace Renee Ellmers in Congress this year, was featured in a June Time magazine column.  In the article,  Wilkins made some statements that could make one wonder if he has a good grasp of what Congress does (or is supposed to do):

Wilkins MUST not be talking to a lot of businesspeople.  Federal and state regulations touch just about EVERYTHING you do in your waking hours. They add costs to just about everything you use in life.

I live in the same community Wilkins DOES.  I hear A LOT of people fretting about a HUGE bunch of regulations called ObamaCare.  I’ve talked with employers who tell me they need to hire some extra help, but are sitting on the idea until they get a better grasp on what ObamaCare will be costing them.

if he’s worried about solving transportation and water issues, Wilkins might be better suited to run for the county board of commissioners or state legislature.  That’s where most of the local, specific decisions are made in those two subject areas.

If he’s elected, Wilkins said that one thing he’d like to work on is foreign policy, “For the past 25 years, Congress has abdicated its war-fighting powers. It’s become too easy for Presidents to take us to war. I believe in the separation of powers,” he said, and Congress–with its Constitutional mandate to declare war when necessary–has the ultimate vote in that decision.

It’s surprising to hear him — as a former military officer — to make a statement like that. I am a son of a retired Army officer, and know many active duty and retired military officers.  They all tell me the most frustrating part of their jobs is dealing with meddling by bureaucrats and politicians in Washington.

In Afghanistan and Iraq, our soldiers are restricted from firing at anyone shooting at them from a residential area.  The Taliban know this, and tend to set up shop in the middle of residential areas, as a result.

In 1991, Washington politicians called off our soldiers when they were on the verge of easily capturing Baghdad and capturing Saddam Hussein.  Ten years later, we were back in the region dealing with the man, again.

Going back as far as Vietnam, I have heard stories about soldiers in the field having to call commanders behind the lines, and in DC, for permission to return fire.

The mission creep we keep hearing about — associated with our military adventures — originates within the political class in DC.  Remember why we first went into the region?  We were going in for revenge for the 9/11 atrocities.  We wanted to wipe out terrorism.  Now, we find ourselves delivering baby food and holding women’s rights seminars.

The proper solution?  The politicians need to debate the policy questions first, then determine the mission.   If they approver a decision to go to war, they need to give the military what they need to get the job done, and GET OUT OF THE WAY.  Come see us when the job is done.