I mean — look at their incoming chairman.  Jason Saine was on unemployment when he got appointed to the state House in 2011.  He’s got a clear record of not being able to manage his personal finances — much less his campaign finances.  Yet, he’s head of the House’s Finance Committee.

It’s hard to find anyone who can tell you what he does for a living outside of the legislative building.  No one can take care of a family on that $13K per year legislative salary.

He’s been using his campaign fund, well-stocked with lobbyist cash, as a personal piggie bank — spending five and six figures a year on meals, flights, rent, clothes, hotels, electronic toys, software and the like.   What makes his campaign spending even more interesting / appalling?  He’s been unopposed in the primary and general while all this was going on. And not a peep from the toothless “watchdogs” at the NC State Board of Elections.

*Can you think of a better candidate to lead the fight for free market reforms?*

ALEC is blowing up right now over the issue of climate change:

A business-backed group that rose to prominence by prodding state legislatures to cut taxes, environmental regulations and gun restrictions, now finds itself at a crossroads amid declining membership and a bitter dispute over climate change. 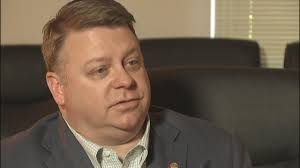 The battle at the American Legislative Exchange Council erupted at the group’s winter meeting in Nashville, Tennessee, this week as members scrapped a measure declaring that climate change is not a risk after opposition from Exxon Mobil Corp. and Chevron Corp.

“It was corporate blackmail,” said Steve Milloy, a policy adviser for the Heartland Institute, a group critical of climate science. “They basically said, ‘We’re going to leave.’ “

The dispute over the climate provisions highlights the internal discord for the Arlington, Virginia-based group, which gained fame fighting President Barack Obama’s regulatory agenda. Over the past five years, more than 100 businesses left the organization, illustrating corporate concerns that the group may be going too far.

ALEC, which has been funded by companies like Koch Industries Inc. and coal giant Peabody Energy Corp., has 2,000 mostly Republican state legislator members, which it pairs with representatives from corporations and free-market interest groups. In recent years it debated model measures for state legislatures that take aim at state renewable energy requirements, set stricter voter identification requirements and would have U.S. senators appointed by state legislatures, not elected. 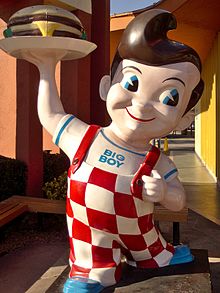 But those debates have been contentious, and turned the group into a bogeyman for consumer and environmental groups concerned about how corporate priorities can be pushed into the agenda of states nationwide. And that pressure has led to some internal woes.[…]

The climate change “debate” is all about capitalism vs. socialism.    And what does their fearless incoming chairman have to say about all this?

[…] “Companies will come and go, and we’ve added companies too,” Jason Saine, a North Carolina House member who is ALEC’s incoming chairman, said in an interview. “We’re healthy and the organization is growing. ALEC has matured over the years and learned how to have these discussions in a mature way, so we can talk about them.” [..]

5 thoughts on “Why so skeered-a ALEC?”