All of this talk about randiness in DC and Hollywood has us thinking: How are things in our fair capital city?  Well, one

drive by has taken steps to show us:

Women who work in North Carolina politics have known for years that it’s still a boy’s club, even as nearly a quarter of the members of the General Assembly are women. They know this because they’re often dodging unwanted touches and brushing off or ignoring inappropriate comments about their appearance. Their stories are similar to many reported in state legislatures across the country, and those in Washington D.C.

One lobbyist who spoke to The Insider on the condition of anonymity said the vast majority of male lawmakers are respectful, but of the 170 House and Senate members, she said she could pinpoint at least eight who harassed either her or another lobbyist. “I think of the eight that are doing it, they’re doing it every day,” she said.

The harassment can be anything from inappropriate compliments to kissing female — and male — lobbyists on the cheek or forehead. One woman who spoke to the Insider said she once had to dodge a kiss from a lawmaker outside of the golden chamber doors by turning her head so he kissed her cheek, instead of her lips. […]

[…] The Insider contacted half a dozen female lawmakers to discuss sexual harassment in the General Assembly. Only two responded and they said they didn’t have anything to talk about. The Insider also contacted five female lobbyists to discuss sexual harassment, and three agreed to speak under the condition of anonymity because they fear retaliation from lawmakers. They also declined to name any lawmakers who they say harassed them.

Dealing with sexual assault in the General Assembly can be difficult for lobbyists. While they work inside the General Assembly, they do not work for the state, and thus don’t have an easy way to report any harassment. Some feel there is little they could do to report anything that happens, but rules outlined by the Legislative Ethics Committee allow anyone who has experienced harassment from a lawmaker to file a complaint with the Legislative Ethics Commission, which would then be investigated. 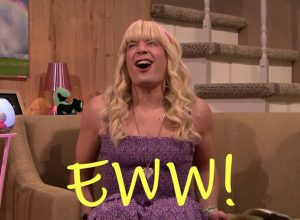 However, a complaint cannot be filed anonymously, and must be signed and notarized before it can be sent to the co-chairs of the Legislative Ethics Committee. In recent years, the committee has heard fewer than a dozen complaints, and because complaints filed with the committee are confidential, it is not known how many — if any — were of a sexual nature. Staff members who file a complaint can also file one with the General Assembly human resources department. A complaint filed with the LEC could be made public under certain circumstances, including if a hearing is held or if the legislator accused asks that the complaint, response and any finding be made public.

It’s been routine for legislators to go out for dinner and drinks after a day in session.  I’ve heard the stories of members chasing lobbyists around restaurants.  I’ve heard stories about male members chasing female members.  One former legislator told me: “Going out at night in Raleigh is a really good way to make trouble for yourself. It can get like Animal House, or worse.   I didn’t go out.  I’d go home to my wife, or she’d come up to meet me.”

You may remember the scandal involving Thom Tillis’s Raleigh roommate (and chief of staff) who got caught having an affair with a lobbyist. 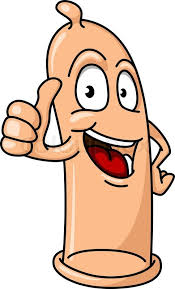 Only one lawmaker in recent decades has been officially disciplined by a chamber of the General Assembly because of allegations of sexual harassment. Ken Miller, a Republican House member, was censured in 1996 after he allegedly licked a page’s hand. Pages are high school students who are in the legislature for a week helping the flow of business during the legislative session. Miller was also accused of improper advances toward a legislative employee and a lobbyist. After a House Ethics Committee investigation, members voted to censure him. Miller was the lone vote against his censure. He lost his re-election bid the week before the censure vote, thus losing his seat in the General Assembly.

Since then, no lawmaker has had to face a public censure. Miller, however, isn’t the only lawmaker to get in hot water for inappropriate behavior. Others have quietly, or not so quietly, been asked to resign. In 2009, Rep. Cary Allred was pressed to resign after he hugged a female page after he’d been drinking before a floor session.

The relationship between lawmakers and lobbyists is a lot of give and take. Lobbyists need lawmakers to help pass their bills, but lawmakers also need the lobbyists to help answer industry questions because lawmakers can’t be experts on every policy subject. It’s a relationship that needs some form of trust.

“I’ve just never done anything, because ultimately it will get back (to you),” one of the lobbyists told The Insider. “You’re basically dealing with a person in a position of power, so unless you’re in a position where you just don’t give a flip, you still have to do business in that building.” 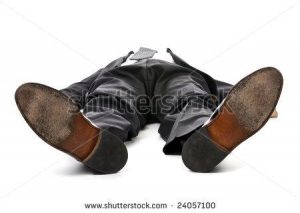 The unique work environment makes sexual harassment almost non-reportable unless there is hard evidence like DNA or text messages. One of the lobbyists who spoke to The Insider said she helps younger lobbyists navigate the culture of sexual harassment by giving them warnings about who to avoid. Female lobbyists will often employ the “buddy system” — bringing another lobbyist with them to a meeting, or having a male colleague go in their place. Some women even avoid going on the elevator alone with certain lawmakers.

One of the women who spoke to The Insider said her male colleagues stepped up and went in her place when they realized she wouldn’t go to meetings with a certain male lawmaker because of his behavior. She said in some cases, other male colleagues have said she should be the one to take those meetings with lawmakers because she would get hit on — possibly boosting the firm’s legislative agenda in the process.

Women in the General Assembly — lobbyists and staffers — have a whisper network to tell newcomers about what to expect and who to avoid. It’s not a secret, but even then, women don’t feel empowered to come forward. One of the lobbyists who spoke to The Insider said she tells other women not to report any harassment because they often won’t have proof. 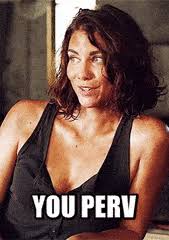 “(The lawmakers) who do cross the line, it is mostly well-meaning and well-intended, and they don’t think they’re committing any sort of harassment,” one of the lobbyists interviewed told The Insider. “But if you ask any HR professional they’d consider it harassment.”

“Some of (the behavior), I’ve been desensitized to it,” one of the female lobbyists told The Insider. Once, during an event receiving line, a Republican male House member kissed her on the cheek, she said. “Was it crossing the line? Probably, but I knew he didn’t mean anything by it.”

However, she said two Democratic female lawmakers standing with her at the event were outraged. “I’m like, ‘Oh that I knew was totally innocent, you missed your colleague from the House, who just walked through here and grabbed my ass. … He had a terrible reputation for doing that and he was in a very powerful position. They would be very quick to get on their high horse and judge,” the lobbyist said. “But would they do the same thing if it was one of their own?”

3 thoughts on “#ncga: Sex and the General Assembly”