Roy Moore’s team spent ALL of their time having to deny their guy was a perv.  (Never mind that there was no real evidence.  Never mind that the same media and the same crew beating Moore about the head and shoulders for the last few months cheered as legendary pervs Bill Clinton and Ted Kennedy got elected and reelected.)

Republicans will throw their scandal-tainted folks overboard in a New York minute.  Democrats will dismiss said scandalous allegations against their people and call you a narrow-minded, Bible-thumping hypocrite and bigot for daring to bring it up.

In business, if you’re spending all your time responding to attacks and criticism from your competition –you’re going to lose badly.  The same goes for elections. 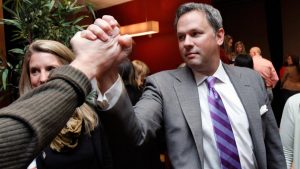 Dan Forest better study this recently-completed Alabama race carefully.  He’s already proclaimed he’s not going negative for the 2020 governor’s race.  He’s got NCGOPe jackals (backing Pat McCrory or Thom Tillis) to contend with in the primary.  If he makes it through that, he’s got the Roy Moore treatment waiting for him in the general.

The “peace-and-love” crowd ain’t so nice when it comes to elections.  They bring several guns and lots of extra ammo to a knife fight.

The libs have already offered a taste to Forest of what’s to come. They’ve put out nasty articles painting him as a religious fanatic.  They’ve also tried to tie him to “the child abuse church.”

The key to victory in any kind of campaign is to always keep the enemy off-balance and back-pedaling.  Push your message, sell yourself and your program, and also explain why you are a much better choice than the other guy or gal.

Lt. Dan needs to get out there NOW and define himself to the voters.  (There are way too many vicious predators out there who will be glad to 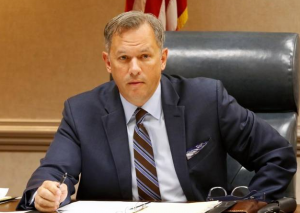 do that FOR HIM — and not in a way he will appreciate.)  He also needs to make the case of why the other guys would be so bad.

The road is being paved right now for the Forest campaign to  spend substantial amounts of time and energy telling people: “Hey, our guy is not a narrow-minded Bible-thumping bigot. No, he does not favor beating homosexuality out of people.”

Conservative-minded folks with deep pockets need to rethink their game plans too.  Traditional,drive-by media is a lost cause and a waste of time.  Dumping money on Dallas and his grandpa or some Art Pope group is too.

If you’re serious about standing up against the statist juggernaut, support our state’s burgeoning conservative alternative media.  Patronize the web sites and radio stations. Share the information you learn there with your family and friends.  Advertise with them or simply donate cash that you would normally be wasting on Dallas or John Hood.

Big media and statists in DC, NY,and LA basically picked Alabama’s new senator. The establishment and the radical left  have an impressive infrastructure in place for disseminating lies and setting the tone.

Will we continue to let them get away with it?

23 thoughts on “The lesson from Alabama?”