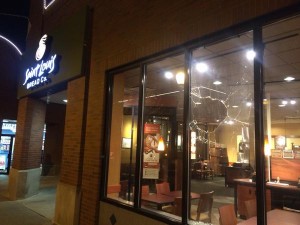 Congrats, drive-bys.  You demagogued a local crime story for months and months.  You did all you could to inflame emotions.  You did a countdown to a grand jury verdict. (Get those molotov cocktails ready …)  And you succeeded in further tearing apart a community.  Job well done.  You can now drive on to your next target — while the local people clean up the mess you agitated.

While I was a drive-by, I spent a lot of time covering both ends of the criminal justice system — the investigation and the ensuing court proceedings.  I noticed something very interesting in the work of my fellow drive-bys — they regularly report stuff to their viewers / readers that the judge has ruled the jury is not to consider.  So, the public absorbs those reports, and is stunned when an unexpected verdict comes back.  (But, but, but The Today Show said … )

This morning, we got a lot of reporting on the grand jury in Missouri failing to indict the police officer in this particular shooting.  We got a lot of footage that looked like the Palestinians vs. the Israelis on any given day.  As an after-thought, one drive-by station aired comments from the local prosecutor, who mentioned that all of the eyewitnesses changed their stories when they went under oath.  They admitted they really didn’t see much of the incident, and were repeating what htey heard on the street.  It’s one thing to tell GMA something.  It’s another to talk to a grand jury under oath.

Juries — trial juries and grand juries — are also given specific standards to meet and specific questions to answer in reaching a decision.  (Is there evidence, beyond a shadow of a doubt, that the defendant intended to do X?)  If there is any doubt, you MUST vote to acquit.  If all but one juror votes to convict, you have a mistrial — no conviction.

But the drive-bys don’t bother explaining to their readers / viewers these details. *They might get in the way of generating the violence, chaos, vandalism, and angry speeches that make such great TV / copy.*

We’ve seen this traveling circus before.  They did it before with George Zimmerman and  Trayvon Martin in Florida. 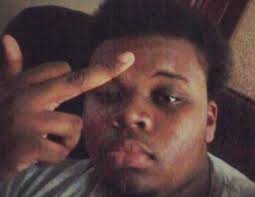 I am not blindly pro-cop.  I have plenty of friends in law enforcement.  I know there are a lot of folks in that field who are committed to doing good.  I know – as in many fields – there are also some bad apples.  While I was a drive-by, I did some investigative work on a corrupt North Carolina sheriff’s department.  (What do I mean by corrupt? Oh – -things like individual officers seizing stuff during drug interdictions and keeping the booty, instead of giving it to the schools like the law says.  Cops getting paid for private sector jobs while also being paid by the county for their police jobs.  “Renting” law enforcement windbreakers, cop cars, handcuffs, and police-issue firearms and credentials to non-law enforcement folks to go do God-knows-what.)  During that reporting, I got tipped off that the sheriff in question put up a bounty of $10,000 to any of his officers who could bring me in on a “resisting and obstructing a police officer” charge.  (In other words, kick my butt and then throw me in a cell.)

That didn’t stop me. I ended up wiring my car for audio and video recording. I saw a lot of deputy vehicles — marked and unmarked — in my rear view mirror while driving around town.

My work arguably — confirmed by some law enforcement sources — spurred a federal probe that led to federal charges for the sheriff and one-third of the department.

But in this case in Missouri, we’ve got an incredible tragedy.  The community has been trashed.  The officer’s life has been ruined. The people on that grand jury will likely have to go into hiding to avoid the leftist crazies. For all of the hollering about the Ferguson police, you’ve still got a black community trapped in poverty-infested, crime-ravaged neighborhoods.  You’ve still got black preachers on-the-take and a Democrat Party still keeping these people poor, dependent and angry at whitey.

The leftists in DC and in Missouri will tear this police department apart further.  The cops in the field will be further ham-strung in their ability to do their jobs.  The drive-bys get their ratings, but our society, culture and country lose big.

10 thoughts on “What did that Panera Bread do to Michael Brown?”