Then-speaker Thom Tillis, Skip Stam, the Black Caucus, and The John Locke Foundation were all quite passionate about passing reparations for people sterilized by the state of North Carolina from the 20s to the 70s.  Some of us who were skeptical of that push were worried about the precedent that could be set by approving payments like this.  Well, the reparations finally got approved, and — apparently — a new group of people has been inspired:

The N.C. Democratic Party is calling on state lawmakers to pay descendants of people victimized by the 1898 Wilmington Race Riot.

“This was a dark time in North Carolina’s and our Party’s history, and one that the NCDP felt needed to be acknowledged,” said Chairman Randy Voller. “Though we understand that no amount of compensation can ever rectify this atrocity, we believe that opening the dialogue will assist in the healing of the African-American community that was so harshly affected.”

A state commission concluded in 2006 that racial violence led to an “armed overthrow of the legitimately elected municipal government” on Nov. 10, 1898. The actions – deemed a “documented conspiracy” – were led by members of the Democratic white elite that “achieved their political goals through violence and intimidation.”

The commission’s report found that the events “left an unknown number of dead on Wilmington’s streets.” The coroner performed 14 inquests, but, the according to the report, other evidence suggests as many as 60 people were killed.

The Democratic party’s resolution states, “The legacy of this holocaust still haunts the economic and political life of Wilmington, as many white-owned businesses and political careers were financed with the spoils of the devastating attack, and African Americans in New Hanover county today own less than 1% of local businesses and have only two black elected officials…”

Wilmington resident Sonya Bennetone pushed the state party to pass the resolution. She didn’t know how many people would be eligible to receive reparations.

“I think it’s a disservice to the decedents of the victims of the 1898 to have these monuments put up, have these programs every year and not provide compensation,” Bennetone said.

A Democratic party spokeswoman said the resolution would be sent to New Hanover County’s legislative delegation next week.

Area lawmakers didn’t respond to e-mails Friday asking if they would back the measure. 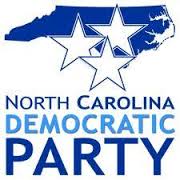 Next, there will be a demand on behalf of the victims of slavery.  Then, descendants of Native Americans relocated to reservations.  Where does it stop? This could get expensive.