Remember how Coke has played with its formula over the years?  New Coke? Coke Classic?  Slightly different packaging, but the same crap.

THAT is what we’re apparently being treated to by our US House Republicans in the ol’ ObamaCare “fight.”  You remember those folks?  The ones we gave the majority to on Capitol Hill so they could toss out this horrible ObamaCare mess?:

A handful of House conservatives on Monday evening criticized GOP leadership’s newly released Obamacare replacement bill, foreshadowing trouble for the repeal effort even after leaders tried to assuage the far-right.

Some House Freedom Caucus members dismissed the bill as creating a new “entitlement program” by offering health care tax credits to low-income Americans. A Republican Study Committee memo sent to chiefs of staff, obtained by POLITICO, echoed those comments and blasted the bill’s continuation of the Medicaid expansion for three years.
“This is Obamacare by a different form,” former Freedom Caucus chairman Jim Jordan (R-Ohio) told POLITICO. “They’re still keeping the taxes in place and Medicaid expansion, and they’re starting a new entitlement.” 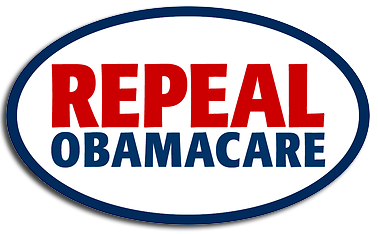 Freedom Caucus member Dave Brat (R-Va.) piled on, telling POLITICO he’d vote against it in its current form because “the bill maintains many of the federal features including a new entitlement program as well as most of the insurance regulations.”

“Now [they] are saying we’re going to do repeal and replace but the bill does nothing of the sort,” he said. “[Speaker] Paul Ryan has always said the entire rationale for this bill is to bend the cost curve down, and so far I have seen no evidence that this bill will bring the cost curve down.”[…]

North Carolina’s Mark Meadows was out front early against this lemon of a bill.  (He even has his wife involved in the fight.)

Why can’t they send one of the six repeal bills they passed during the Obama era? Likely it’s because they KNEW those stood no chance of escaping a veto, and they’ll actually have to live with the consequences of this one.  Repealing ObamaCare was their mandate.  It was the reason they got their majority.  Now, it looks like they’ve obtained that majority via false pretenses.  A crime out here in the real world.

If THIS is the “best,” we can expect out of the two parties, where are we — freedom loving limited government types — to go?  Two parties offering slightly different flavors of statism offers bad tidings for us as Americans and the future of our country.