The drive by media has all the glorious details from Austin:

Forest appeared at a news conference in Austin with his counterpart, Texas Lt. Gov. Dan Patrick, and sponsors of Senate Bill 6, which, like North Carolina’s House Bill 2, would require people to use public bathrooms in schools and other government buildings that correspond to the gender listed on their birth certificates.

As our state GOP leaders stumble and bumble rudder-less through the General Assembly session, the senior GOPer in state government is in Texas meddling in Texas state politics.  MORE: 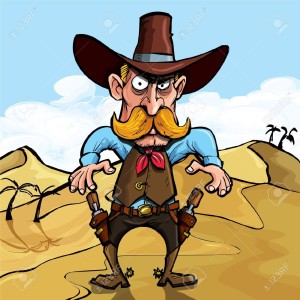 Forest has been a staunch defender of House Bill 2, which the North Carolina General Assembly passed a year ago to head off a Charlotte ordinance that would have required businesses in that city to let transgender people to use the bathroom based on their gender identity. The North Carolina law also excludes gay and transgender people from discrimination protections and bars cities and counties from setting their own minimum wage.

He likened the transgender bathroom issue to the Americans with Disabilities Act, noting businesses are required under that law to make reasonable accommodations in parking, access and other areas for people with handicaps.

Forest disputed the notion that House Bill 2 has harmed North Carolina’s economy, citing job growth and magazine surveys that continue to rank the state one of the best places to do business.

“Some might argue that, when you have policies that protect women and children, that’s an added value to want to move your business to Texas,” Patrick said, calling North Carolina “the tip of the spear” on the issue.

Forest will remain in Austin to testify on behalf of the Texas bill at a legislative committee hearing, spokesman Jamey Falkenbury said. He declined to say whether Forest was conducting any other business out of state or went to Texas specifically to support that bill.

North Carolina is hardly the example to follow in successfully enacting a bill like this.  Pro-HB2 forces have done a horrible job of messaging.  Meanwhile, the state legislature — one of whose chambers Forest IS the president of — is simply sitting around piddling away, collecting per diem.  While the media and the Democrats holler 24-7 about trannies in the toilet, there is NO GOP agenda to tout or push forward.  (To correct that, it might help to get all of the party’s brain trust BACK IN STATE.)

6 thoughts on “WHY is Dan Forest in Texas?”