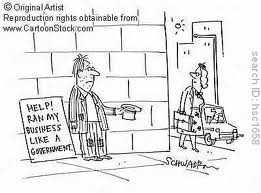 I’ve stumbled across two great resources — both available for free online — that provide great info, in layman’s terms, for defending capitalism and the free market from the liberal hordes.  First, is the 2011 Budget Chart Book published by the DC-based Heritage Foundation.  The book takes the federal FY2012 budget and breaks it down in terms that don’t require a PhD in economics to interpret.  Heritage’s document provides some great nuggets like:

For North Carolinians, the Raleigh-based John Locke Foundation has published a great primer on state government and its spending habits entitled Agenda 2010.  This publication includes some great tidbits like: