Candidates start filing in February for the May primaries.  Yet, districts for state legislators and Congress are — to put it kindly —up in the air:

A panel of three federal judges on Tuesday ordered the state to redraw its congressional map again, forbidding North Carolina from holding this year’s scheduled U.S. House elections until it does.

In doing so, the court ruled that Republican state legislators, seeking to address a racial gerrymander the court struck down in a previous map, put too much partisan intent into their redraw, drawing the lines to guarantee Republican victories in U.S. House races despite North Carolina’s more purple political hue.

The court not only ordered the General Assembly to redraw districts over the next two weeks, it said it would appoint a special master to make maps on a parallel track. With filing in congressional races slated to begin Feb. 12, time is of the essence, the court said.

A spokeswoman for Sen.

An appeal would kick the issue up to the U.S. Supreme Court, which heard arguments on a similar lawsuit out of Wisconsin in October but has not yet ruled on that case’s central questions. Partisan gerrymanders have been accepted in the past, but these cases could create new precedents, changing the way election maps are drawn nationwide.

In Tuesday’s decision, authored by 4th U.S. Circuit Court of Appeals Judge James Wynn, the court pointed to baldly partisan public statements by a key GOP lawmaker, who was intent on showing the court that the legislative majority had set aside racial data in drawing this map. At the time, legislators had been ordered to rework a pair of congressional districts the court declared unconstitutional in 2016 due to a racial gerrymander.

Judge Wynn is on the bench in no small part to the lack of spine in one Richard Burr.  Remember that, folks.

[…] “Rather than seeking to advance any democratic or constitutional interest, the state legislator responsible for drawing the 2016 Plan said he drew the map to advantage Republican candidates because he “think[s] electing Republicans is better than electing Democrats,” Wynn wrote. “But that is not a choice the Constitution allows legislative map drawers to make.” 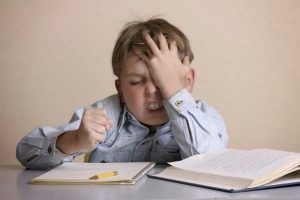 The quote came from state Rep. David Lewis, R-Harnett, who also announced during the 2016 redraw that the new map was built to elect 10 Republicans and three Democrats “because I do not believe it’s possible to draw a map with 11 Republicans and two Democrats.” Lewis said last year that, given another chance, he wouldn’t have said that, but he was trying to make it obvious race wasn’t a deciding factor in the maps.[…]

Sometimes it’s just not a good idea to say what’s on your mind.  Like when you’re a Duke fan sitting in the middle of the Carolina student section.  Or you’ve just been pulled over by a cop.  Or if you’re a politician with a bunch of driveby media cameras and microphones in your face asking you about a contentious issue involving a,lot of lawyers.

The districts are screwed up, though, folks.  I am in  a district “represented” by a guy who parachuted in from DC to call metro Ch 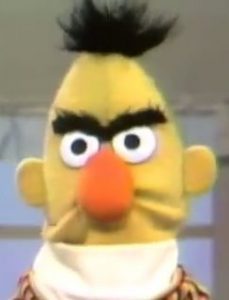 WHY NOT group counties with common regional interests together?

I have little sympathy for the Democrat arguments.  They demanded more black representation, and they got it. The Republicans in Raleigh COULD have done this right months and months ago — helping us avoid this mess. Right now, voters are confused.  Candidates aren’t sure what they will be able to file for.  Incumbents LOVE it, I’m sure. But it’s mostly a LOSE-LOSE situation.

7 thoughts on “Throwing out the maps AGAIN. (Thanks, Dave.)”