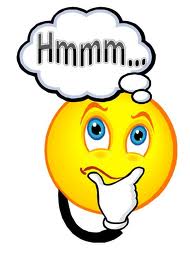 Most of the news about the Council of State meeting this week focused on  the Dorothea Dix hullaballoo.  But if you read a little further into the meeting agenda, you noticed a proposal from state treasurer Janet Cowell to allow the state to take on an additional $456 million in debt.

Of course, there was a list of college, university and other state owned facilities the money would purportedly be allocated toward.  But check out THIS language that followed the list of projects:

So,  the council has approved all of this new debt that MAY or MAY NOT be used for the projects listed in the agenda.  AND THEY get the final say on what and who gets the money.   THIS is why those votes for things like auditor, commissioner of insurance, and secretary of state are so important!

The figure in the proposal — $456 million — also got me thinking.  Why does it sound so familiar?  Well, I searched my memory — and our massive archives — and found THIS.   The controversial Red Line rail transit project — which has been roundly denounced as a huge waste of money — is priced in the neighborhood of $452 million.    That light rail project is championed by a small group of Charlotte interests with deep pockets that fill both party’s coffers, but opposed by taxpayer groups.

Are we about to get hoodwinked and saddled with millions more in debt by these ten people on the council of state?  (This would not be the first time that money is allocated toward something, but spent on something else.)

It sure would be nice to get some official types ON THE RECORD about what this money is really for, and what the plan is to pay it back.

One thought on “Things that make you go HMMMM: The Council of State and THAT ‘indebtedness’ vote”