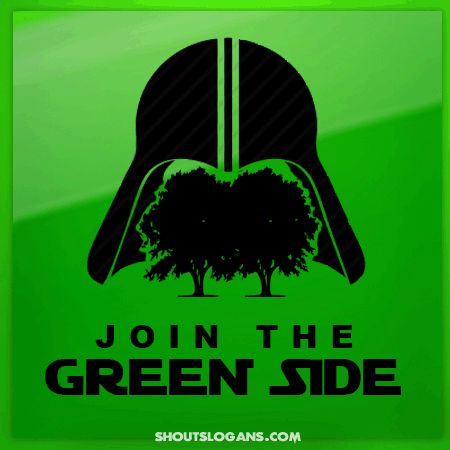 This is something that has folks on the left and the right perturbed.  (For different reasons, though.)  One of the more significant money-men behind this political alliance is apparently a North Carolinian named Fred Stanback.   Here’s the story on the moneyed Salisbury resident from the comrades at HuffPost:

Many families seem to have one: the strange uncle who makes holiday gatherings terribly awkward with bizarre outbursts and eccentric views. But family is family, of course, and many people just learn to ignore or tolerate the bad behavior.

It turns out that the American environmental community has the same problem in its own family.

For years, a host of environmental groups like the Sierra Club have received millions of dollars in funding and other support from donors with deep pockets who believe that most environmental problems stem from far too many people living on the planet.

It gets worse, though. Many of these donors, who are often fabulously wealthy but seemingly out-of-touch, advocate population control, especially here in the U.S., with an array of controversial initiatives.

And it’s all in the name of protecting the environment.

One troubling but little-known donor is Fred Stanback Jr., a wealthy man from Salisbury, North Carolina and self-proclaimed environmentalist who believes that controlling population is key to protecting the environment.

But equally distressing is the vehicle he has apparently employed to support groups that share his vision. That vehicle is the Foundation for the Carolinas, one of the most prominent and esteemed philanthropic organizations in the nation.

With assets totaling nearly $2 billion, the Foundation for the Carolinas is an unlikely conduit for such activities, given its record of charitable giving that includes money for college assistance, cultural institutions, churches and so on.

But as I wrote in a recent column, the foundation has also funded a network of groups that espouse noxious and even dangerous views, while it receives significant amounts of money from Stanback, who the Los Angeles Times identified as a source of the funds.

It seems Stanback has been able to work through the foundation because the foundation is a so-called donor-advised fund. In other words, donors have the ability to recommend how their donations are spent.

The foundation, in turn, has provided $15 million over the last decade to fund anti-immigration groups like NumbersUSA, Federation for American Immigration Reform (FAIR) and Center for Immigration Studies (CIS), the Los Angeles Times has reported.

As I noted before in my column, some of these anti-immigrant groups, such as FAIR, are actively monitored as extremist “hate groups” by watchdogs such as the Southern Poverty Law Center (SPLC) because of their “virulent and false attacks on non-white immigrants.”[….]

I’ve got no beef with FAIR or NumbersUSA or CIS.   I do have a beef with citing those clowns at the SPLC. 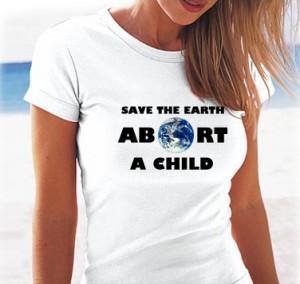 […] More than that, the foundation has also contributed $25 million to groups supporting population control, a fact that the Lost Angeles Times unearthed after reviewing public documents like the organization’s tax records.

It would seem that donating through the Foundation for the Carolinas provides Stanback some measure of anonymity. But anonymity may not be the objective.

It turns out that the Foundation for the Carolinas is also a major financial supporter of environmental groups, according to disclosure reports filed with the Internal Revenue Service. It has donated millions of dollars to organizations like Dogwood Alliance, Nextgen Climate America, Sierra Club Foundation, Natural Resources Defense Council, Environmental Working Group, Greenpeace Fund and Environmental Defense Fund, to name a few.

Hmmm.  The Environmental Defense Fund.  You know, the crew that is dumping all kinds  of cash on Republicans in the North Carolina House, while trying to derail Dan Bishop’s congressional campaign. 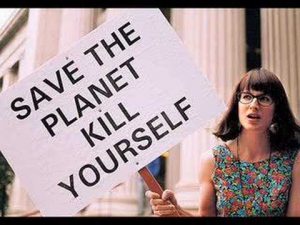 Oh,  AND The Sierra Club.  That chucklehead Chuck McGrady’s crowd.  (Talk about a welcome departure from the House.)

[…] Why is that important? Well, for Stanback, the environmental groups would appear to serve as convenient cover for his overarching goal of protecting the environment through efforts to control population growth.

“Stanback feels that he must spend his time on environmental matters rather than population matters, which are his primary interest, simply because the environmental matters are the ones that are in tune with the general public,” according to a memo written by John Tanton, who has been behind the creation of a network of anti-immigrant organizations, including Federation for American Immigration Reform (FAIR), the Center for Immigration Studies (CIS), and Numbers USA. Tanton wrote the memo after visiting with Stanton in 1998.

Stanback has been pretty blunt himself. “Numbers of people affect the environment,” Stanback in a 2013 interview, according to the Los Angeles Times. “They want all the nice things that the rest of us have, but America can’t take all the poor people in the world.”

And HOW, sir, do you tamp down the number of people on the planet?

[…] This is not the first time Stanback has sought to invoke environmentalism to achieve his aims.

Stanback has helped staff some of these controversial groups through an internship program at Duke University’s Nicholas School of The Environment, according to published reports. In February 2013, Duke University dropped the controversial groups from the internship program, according to a report in a publication called Indy Week.

Stanback is not the only wealthy funder of environmental causes who sees population growth as a danger, to be sure.

Jeremy Grantham, a wealthy British asset manager, has given millions to the Sierra Club, Greenpeace and the Environmental Defense Fund, according to published reports. He has argued that the Earth is overpopulated and won’t be able to sustain this many people much longer. He’s even been quoted arguing that the “threat to the long-term viability of our species when we reach a population level of 10 billion.”[…]

Other reports indicate that Stanback has regularly  been one of the largest donors to the folks at Planned Parenthood:

[…] This little known multi-millionaire has largely stayed out of the limelight while his money infiltrates and help direct activists all unified in their shared belief that there are too many people in the world and something needs to be done to stop the scourge of humans and the impact they are having on the planet.

That is why he has been one of the largest donors to Planned Parenthood over the years (giving over $1.3 million in 2013 alone). That is also why he reportedly sought to fund and promote the abortion drug “RU-486, and had offered to pick up the local county costs for a Norplant program” in North Carolina aimed at the poor.[…]

Soooo   — if you’re out there taking campaign  money from  the Environmental Defense Fund, just consider  the sources of that money and what else they fund.