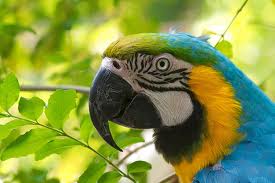 It is ASTOUNDING how much the staff editorials in our thrice-weekly Pulitzer Prize-winning local paper mirror the rhetoric on MSNBC and the spin of the state Democrat Party.  The latest Pilot editorial  beats that dead horse about ‘extreme’ Republican budget cuts:

The most notable action that the new Republican majority in the N.C. General Assembly has taken so far has been to whack billions out of the state budget — all in the name of easing the burden on employers and thus promoting “job creation.”

Now comes news of perhaps the primary consequence of all those extreme budget cuts: A total of 18,700 former government workers have lost their jobs, according to a recent report from the state Employment Security Commission.

Meanwhile, the number of employed people in the private sector has also declined, though not as dramatically. As the end result of this, the state’s unemployment rate, instead of going down as anticipated, is still inching upward. At last report, it hovered at 10.5 percent — above the national average.

To be fair, is probably true that many of those positions would have been cut earlier if it weren’t for a one-time infusion of stimulus money by the Obama administration a couple of years ago. In any case, legislative leaders shrug off any blame for the job losses, insisting that they are embarked on “creating an improved business climate.”

Well, not exactly. The fact is that many, if not most, of those people who are now out of work were teachers in our public schools. Even before the current cuts, North Carolina’s per-capita spending on education was already near the bottom compared with other states. So now it has grown even worse.

Is having a woefully underfunded education system really a very good way to go about “improving the business climate” and attracting desirable employers, most of whom place quality of life for employees and their families high on their list of desirable factors? Not so much.

First of all, we’ve already covered what a sham this whole spin about Republicans firing teachers is.     The job losses associated with this latest budget are right in line with what happened when the Dems ran the show on Jones Street.

The public schools in Los Angeles, New York, and D.C. spend MORE per pupil than any other school systems in America.  All three of those public school systems are considered nightmares by most right-thinking people.  In education — just as in business — spending more money does not necessarily mean higher quality.

Go down to your local public schools central office and count the number of six-figure salaried bureaucrats who have absolutely no direct effect on your kids’ performance. How you spend money and manage your resources matters most.

One thought on “The Pilot parrots state Dem talking points …”