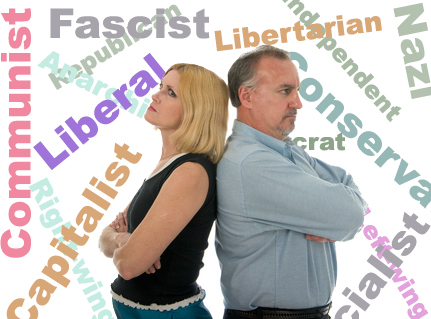 I recently read something from a columnist (on my side of the political street) lamenting how leftist politicians and media figures describe themselves as “moderates” and EVERYONE ELSE who does not march in lockstep with them is “extreme” or “far right” or — God forbid — “bigoted.”

The columnist pointed out that moderation is in the eye of the beholder.  He noted that he can eat and drink (adult beverages) significantly more than his wife who is less than half of his size.  If he cut back 25%, that would be moderating his intake.  Even 75% of his typical intake would be an “extreme” amount for his much smaller wife to take in.

You sound harmless and weak when people hear that term “moderate”. Is “harmless”and “weak” what we want in our government leaders?

Steve Bouser, op-ed editor for our thrice weekly journalistic masterpiece here in Moore County, recently wrote a column lamenting the fact that “moderate” has become such a dirty word.  (This comes from the same guy who labels faithful churchgoers as “fundamentalists” — lumping them in with al-Qaeda and the carbombers  — and people who agree with the great majority of the GOP platform as “far-right.”)

He criticized Tea Partiers for attacking Renee Ellmers for “moderating” her views.  I hate to tell you, Steve, the issue is not about moderating.  It’s about going to Washington and DOING what you said you were going to do when you were on the campaign trail.  Renee Ellmers wrapped herself in the Tea Party when she ran.  Without their help, she would not have made it through the GOP primary or gotten past Bobby “boom boom” Etheridge.

Contrary to the snide attacks you orchestrate in your unsigned editorials, The Tea Party is made up of average folks of all ages, races, genders, and income levels who are fearful for our country’s future. The DC establishment keeps digging us deeper into debt.  All the Tea Party has asked is that congressional representatives treat the nation’s finances with the same respect one would treat their own personal finances — pay the bills, balance the check book, live within your means.

Renee told Tea Partiers in 2010 she planned to push that agenda in DC.  She got elected, and immediately sidled up to John Boehner.   She worked with him to push through an increase in the federal debt, and pass a continuing resolution that allowed funding for ObamaCare to proceed.  People are mad at her because she went back on her word.  It’s not about the “extremism” you so pompously denounce, Steve.  It’s about expecting your elected leaders to tell the truth, do what they say, and treat you — their constituents — with some respect.

In this column, Steve committed an offense popular over the decades with lefties —  taking Barry Goldwater out of context:

I am reminded of Barry Goldwater’s famous declaration at the 1964 Republican convention: “I would remind you that extremism in the defense of liberty is no vice. And let me remind you also that moderation in the pursuit of justice is no virtue.”

Goldwater was returning fire on the lefties in the media who had saddled him with the “extremist” label.  His point was it’s worth stepping out there  and taking risks in order to preserve liberty and freedom. (How many GREAT moderates in history can you name?)

Goldwater was also mocking people — like Ellmers — who toss their principles out the window for the sake of going -along to get-along.

Steve staked himself out as  a “moderate,” — although ALL of the unsigned editorials in his section of the paper parrot the leftist talking points on MSNBC.   Frank Daniels,  III — a part owner of  The Pilot and a former co-owner of The N&O — also penned a column in The Pilot calling himself a moderate and bemoaning treatment of “moderates.”

(Never mind all of the money that Frank III and his dad and fellow Pilot investor Frank Daniels, Jr. have dumped on the Democrat Party for decades. Never mind #3’s role as a fundraiser and adviser to Erskine Bowles during his two runs for U.S. Senator from North Carolina.  Never mind that Daniels-controlled papers tend to ONLY endorse Republicans who embarrass or betray the GOP grassroots and give it a collective headache — such as former state Reps. Steve Wood and Richard Morgan, and now Renee Ellmers.)

That definition works when talking about medical symptoms or the weather.  In politics, moderate is usually an adjective to describe someone with no core principles — someone who wets their finger and holds it up to the wind to see which way the wind blows.  Congressman Mike McIntyre (D-NC)  is a great example.  He once got a conservative rating of 50% and a liberal rating of 50%.  How do you do that, unless you have ZERO core principles?  Unless your beliefs are based on who gives your campaign the most money, or who last twists your arm.

Senator Jesse Helms — who gets subjected to epithets from people like Bouser — made it through five six-year terms in the U.S. Senate.  The media and the establishment tried to understand why the people of North Carolina kept voting for Helms.  They’d frequently get explanations like this from Helms voters in NC:

“You always know where he stands.  You don’t have to guess which way he is going to vote.  You don’t see that often.  I like that.”

It’s a shame that a politician doing what he promised on the campaign trail is such a rarity.