I’m hearing from quite a few NCGOP activists about some interesting mail they’ve received from NCGOP HQ in Raleigh:  a bill seeking payment of “dues.”  One activist, whose sole involvement with the party has been serving as a precinct chairman for multiple election cycles, sent me a photo of his “bill”: 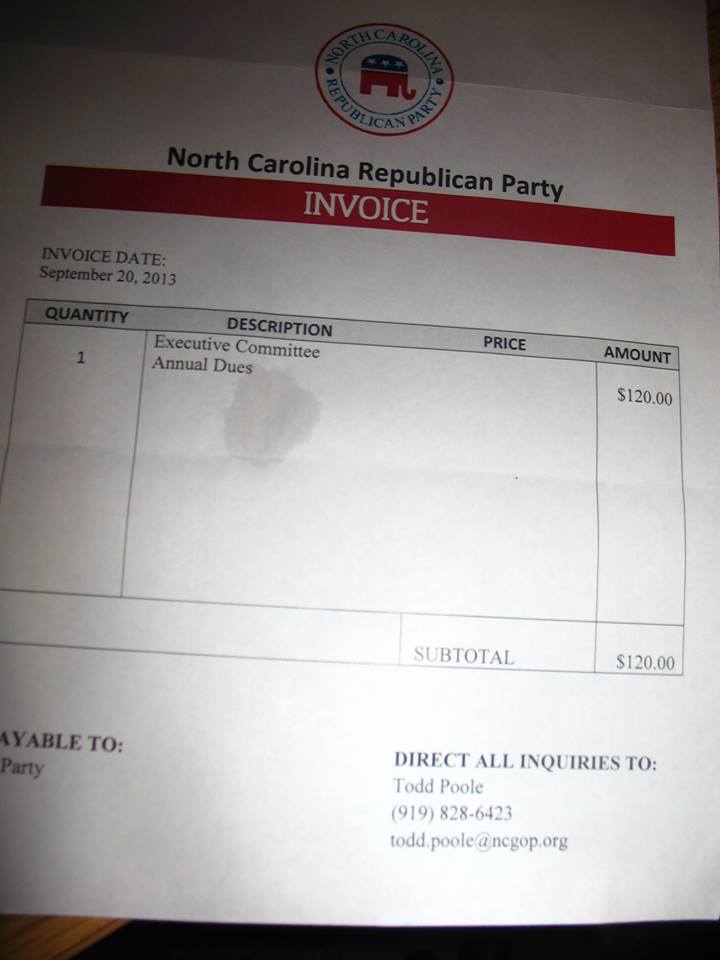 This is likely a too-slick-for-its-own-good fundraising ploy.  (I’ve heard stories about the party treasury being bled dry during the Hayes regime.)  I see inquiries are to be directed to Todd Poole — the party’s new executive director.

Supporters of the decision to hire Poole were heaping praises on him about his fundraising prowess. But is THIS the right way to go about raising money — making people think they OWE this money to the NCGOP?

18 thoughts on “Thanks for volunteering. HERE’S YOUR BILL.”