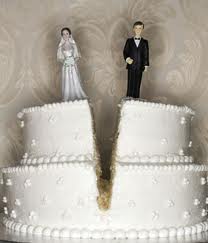 I attended a Tea Party gathering of about 500 people tonight in Moore County.  It was a meet the candidates dinner that included leaders and activists from Moore, Lee and Harnett counties.

Moore County has been added to the Second Congressional District.  The county features one of the largest blocs of Republicans in the region, making its electorate quite attractive in GOP primaries.

Three of the four GOP candidates for the Second Congressional District seat in Congress addressed the gathering.  Conspicuously absent was the incumbent holding that seat — Renee Ellmers.

“It’s an understatement to say that she’s turned into a big disappointment,” one prominent Moore County Tea Partier told me, when I asked about the absent congresswoman.

Most political observers acknowledge that The Tea Party was crucial in helping Ellmers squeak past Democrat Bob Etheridge in 2010.  Two years later, the relationship between Renee Ellmers and The Tea Party appears to be on life support — close to flatlining.

Another Tea Party leader at the gathering told me that a lot of Ellmers’s problems lie in her communication with constituents.  This source particularly singled out Al Lytton,  the congresswoman’s chief of staff:

“Is he a Democrat?  He’s done a great job of sabotaging her. ”

The source told me about an incident that occurred recently when Tea Partiers went to Washington for an anti-ObamaCare rally.  The activists took time to visit the state’s senators and Ellmers while they were in DC.  According to this source:

“We went by Renee’s office, and Al told us she was not available.  He told us he would call when she got out of her meeting. He never did call.  Al’s a real piece of work.  He’s killing her.”

Another sore point for The Tea Party leaders was Ellmers’s “refusal” to cooperate with a questionnaire sent to all candidates on the May and November ballots.  Fifty-six were sent out, and 30 came back completed.  The 26 who did not fill out the form included 25 Democrats and ONE Republican — Ellmers.  One leading Tea Partier told me:

“The quiz is made up of some simple issue-oriented questions to help voters make up their minds on Election Day.  We’re going to publish the responses in the paper.  You would think Renee would jump on this opportunity. She is new — a virtual unknown to most people in this area.   Instead of filling out this short quiz, her staff sent us a bunch of mimeographed boilerplate. So, she didn’t follow directions, and she’s not being included in our voter guide.”

All three of Ellmers’s opponents — Sonya Holmes of Harnett County, Clem Munno of Moore County, and Richard Speer of Fayetteville — cited the congresswoman’s vote to raise the debt ceiling as the inspiration for their filing for the congressional race.      Munno told the gathering:

“Any of the three of us would do a great job.  We three are all about representing YOU.”

Candidate Richard Speer appeared to provoke quite a bit of interest from attendees.  He stayed at the venue, well after the event ended, talking with a throng of activists.  Speer has been working hard — wearing out a lot of shoe leather — with retail politics in Moore County over the past few weeks.

Ellmers is slated to speak Thursday at the Moore Republican Men’s Club meeting at The Country Club of North Carolina in Pinehurst.