It’s been quite disappointing to watch the wussification of National Review and The American Spectator — two publications that played a big part in fomenting my conservative passions as a young undergrad.  (I can actually remember The Spectator when it was more than a website.  I can remember it — way before the Internet — when it was a uge tabloid with slightly larger dimensions than The New York Daily News or The National Enquirer.  I can remember National Review when it was home base for the conservative counter-establishment.  A far cry from its current role as a cheerleader for Mitt Romney and t 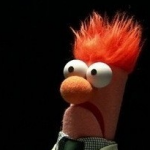 I am seeing the same illness that has afflicted NR and TAS over at The Weekly Standard.  I guess pitchforks and torches have been tossed aside for invites to Georgetown and Capitol Hill parties.

One of the more disappointing episodes I’ve recently encountered occurred when I got into a discussion about the November election with a prominent conservative who HAS been a friend of this site.  (I don’t know if that is still the case.)  He started off criticizing me for being too harsh on Pat McCrory during the campaign. He then doubled down with these (paraphrased) comments:

“You know what this election was really about? It wasn’t a Tea Party wave.  It wasn’t a resurgence of conservatism.  It was the hyper-racialization of poltics.  A bunch of people decided they were going to finally get out there and GET THEIRS.”

No, this was not John Hood.  (Believe it or not.) Though, I could imagine him saying something like this.  Even though he basically accused me and a bunch of other Trump voters of re-enacting Hitler’s Munich Beer Hall putsch, I’m not going to out this guy.  (Not yet, at least.  I’ve got a bigger audience than he does.  If it went public that he’s out there saying things like this, his fan base would plummet into negative territory. He’d have a really tough time feeding himself and his family. I can’t do that.  Not at Christmas

Those of us who are old enough remember the same kind of things being tossed around just after Reagan’s election.  All Reagan voters had swastika armbands, we were told.  Now, EVERYBODY loves Reagan.

I don’t want to step out there and declare Trump as the second coming of Reagan.  I’m going to give him some time. I DO KNOW he is a hell of a lot better than the alternatives on the ballot. I do know he has the backbone and where-with-all to really get DC’s attention and make a difference.

Some folks on our side need to calm down and take their meds.  Right now, we have the best opportunity, at least nationally, to do what we wanted at the dawn of The Reagan era.  Despite the departure of Pat McCrory, a lot of the key ingredients are in place in Raleigh. In Raleigh, the question is whether there is enough backbone within the city limits to get ‘er done.

2 thoughts on “SOME on The Right actually buying into leftist crap about Trump and the election? (Apparently.)”