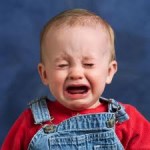 ‘Snowflakes’ are the easily-offended beta males you see clapping along obediently alongside their overweight alpha-feminist significant other in the audience at ‘The View.’  They take Womyn’s Studies classes in college as a way of making amends for being born into the male gender.  They buy overpriced coffee made with ‘conflict-free’ coffee beans, zoom around in those little matchbox “Smart Cars” with Hillary and Roy Cooper campaign stickers, the remnants of a “John Edwards for President” bumper-sticker, and of course that precious, precious sticker with all the symbols that spell out “Co-exist.”  (The exceptions to the whole whole coexist thing, for them, are apparently white males, Christians, Republican voters, heterosexuals, and capitalists actually seeking to make a profit, among others.)

The snowflakes are very delicate.  They injure quite easily.  Many of them suffered tremendously when their heroine THE QUEEN BITCH™ went down in flames in the presidential race. But, in North Carolina, many of them got an extra special consolation prize when the state’s sockless, gender-fluid, hit-from-the-ladies-tees, somnambulant attorney general stumbled into a victory in the November governor’s race.

Still feeling his oats, one particular snowflake decided to take a shot at retiring state senator Bob Rucho (R-Mecklenburg).  That’s always a risky move.  Picking a fight with Mr. Rucho is a lot like slapping a Rottweiler.  You’ll likely be missing  a few fingers or  other extremities a short time later.  Now, let’s meet Mr. Thomas of Morganton, North Carolina:

Your majority political party General Assembly colleagues and you have yet again shown yourselves to be on the ‘wrong side of history’ and racist when a federal court on Tues ordered North Carolina to hold a special legislative election next year after 28 state House and Senate districts are redrawn to comply with a gerrymandering ruling due to your unconstitutional racial gerrymandering these districts. Shame on all of you. And shame on you for wasting our tax monies fighting this as well as other unconstitutional bills/laws which you have passed. All of you should pay us tax payers back from your own person funds.

The information below is right, or should I say ‘alt-right’, on target regarding your majority political party colleagues and you. Once again, shame on you.

Please remember Karma as folks remember where you stand and for what you stand.

PS Moore, Berger, Blackwell, and Daniel—still waiting to hear from you regarding all of my correspondence to you. Just another reason that shows you have no class.

No word about ol’ Roy paying us all back for the money spent on the AG’s office while he did nothing but campaign for governor the last four years, huh?  Well, I can now confirm that Rucho HAS CLASS.  He actually WRITES BACK:

You failed to recognize that the US Justice Department approved the Redistricting maps, along with a NC Superior Court unanimous three judge panel decision (2D,1R) found all the districts and the process constitutional. Twice the NC Supreme Court found the districts constitutional. The democrat party and the NAACP went judge shopping until they found a federal judge sympathetic to their false claims. Then a rogue Fourth Circuit judge questioned the issue of racial gerrymandering, he ignored the US/NC Constitution, ignored the facts, ignored legal precedent and distorted the law to justify his biased opinion.

This will all be resolved in the US Supreme Court favorable to the State of North Carolina and the good news is that we will not have to listen to anymore of your BS.
Merry Christmas,
Bob Rucho

4 thoughts on “#ncga: Sen. Rucho takes time, on his way out the door, to melt one of Roy Cooper’s ‘snowflakes’”