Once again, we’ve got mail.

Garland Tucker has lined up a fundraiser  whose sponsors include  four dozen or so heavy hitters — including several former Tillis donors and a number of current and former legislators.   Team Tillis responds with THESE THREE.

Notice the small print at the bottom of the emailed invitation:

[…] “The strict regulations of the Federal Election Campaign Act limit contributions from non-federal committees to $1,000 aggregate in a calendar year without requiring you to register with the FEC.”[…]

That’s a fancy way of saying that they intend to target (1) legislators and (2) lobbyists who normally work the General Assembly.    It also pretty clearly communicates to that target demographic that, if you want to keep lil’ Timmy and The Beard Stubble happy, you better open up your wallet. (I also wouldn’t be surprised if Berger and Moore don’t get a piece of the action at this luncheon.) 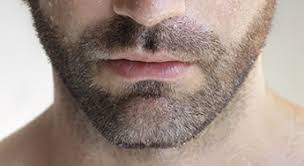 3 thoughts on “Shaking down legislators, NCGA lobbyists to save ol’ Thom?”