A dentist-turned-legislator sounds like he wants to perform a root canal on his county party chairman — without anesthetic. We told you last

week about MeckGOP chairman Curtis Watkins trying to arrange a primary for House majority leader Mike Hager.  Hager punched back — calling for the state GOP organization to investigate and punish Watkins.  Well, retiring senator Bob Rucho (R-Mecklenburg) has joined the fight and upped the ante in a terse letter to his county party’s vice-chairman:

Mr. Watkins learned of my concerns and he called to discuss this issue. Mr. Watkins admitted to me that he had, in fact, made a telephone call to an individual in Rutherford County regarding a potential primary in House District 112. which is currently held by House Majority Leader Mike Hlager who has already announced that he is running for re-election. I also understood Mr. Watkins to say that he had made similar calls to individuals in other counties as part of his personal employment duties. Apparently. he is employed by an organization that has interest in energy issoes. I expressed we concerns about this behavior and encouraged him to focus on finding candidates for races in Mecklenburg County– where no Republican has filed yet. […]

Exactly.  This is not just sleazy GOPe tactics.  It’s solar goon shenanigans.  He was pretending to do his party chairman job, but really working for his solar goon pals.

Let them on the inside, and see what you get.  (This is what was likely avoided in the Kristen Laster affair at NCGOP HQ.)   But the senator was not done:

While I understand that, as a party chairman. Mr. Watkins has a duty to identify and recruit qualified candidates for public office in Mecklenburg County, it is unclear to me how anything in Mr. Watkins’s job description would require or permit him to be involved in races in other counties. This conduct by Mr. Watkins is troubling to me because members of the General Assembly must be able to rely upon the state and county GOP organizations and their leadership to support them in general elections. Any conduct by a party leader that appears to “target” a specific member of the General Assembly with a primary undermines the confidence that members and candidates for the General Assembly need to have in these party. organizations.

I WISH he had shown this kind of concern over similar activities by Thom The Therrible.   But I get it.  It is MUCH EASIER to speak out when you are on your way OUT. MORE: 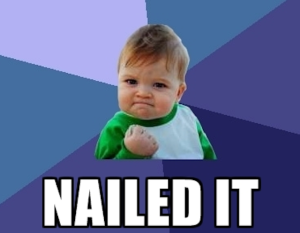 Both the Mecklenburg County and North Carolina Republican Party plans of organization prohibit members of their executive committee like Mr. Watkins from using the powers and dignity of their offices in arty Republican Primary for public office at any level. Additionally. I understand that party officers may be removed for “gross inefficiency,” 1 respectfully request that you immediately investigate Mr. Watkins’s actions to detemtine if any party rules have been violated or any disciplinary action, including removal. of Mr. Watkins is warranted for “gross inefficiency.” By copy of this letter to the Chairman and General Counsel of the North Carolina Republican Party.. I am also requesting that the slate party make a similar inquiry into Mr. Watkins’s conduct. […]

Boom.  <stepping away from keyboard to offer standing ovation.>