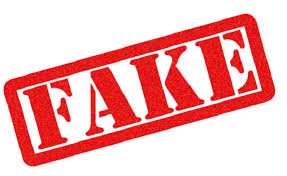 We reported earlier about a fake PAC in Lumberton — The Robeson County Get Out The Vote Committee — getting all kinds of Democrat GOTV cash prior to the November election.

We identified the person behind the PAC — unregistered with state or federal authorities —  as Robeson County commissioner Jerry Stephens.

2018 wasn’t Stephens’s first go-’round with GOTV.  In 2012, he ran something called The Robeson Committee on the Affairs of Black People.  The month before the November election that year — which included a presidential and gubernatorial vote — the Robeson County Democrat Party loaded Stephens’s organization up with cash to the tune of $54,000.

Apparently, paying for GOTV services is a problem when it happens in Bladen County and benefits Republicans.  The drivebys and the Democrats are all over that story.  Yet, we’re seeing a whole lot of ho-hum about similar hijinks in next-door Robeson County (also in the 9th district) that dealt with a lot more cash and benefited Democrats.

Democrats are dismissing our story about Stephens and his PAC — suggesting  that there is no need to register the organization or disclose its finances.  Yet, we’re finding Stephens bent over backwards to disclose the finances for his Committee on The Affairs of Black People — which, according to the state board of elections, was alive and well between 2010 and 2015.

We found substantial amounts of records on the state board of elections website.  According to the state board, the account for that PAC is in the process of being shut down.

(The periods before and after the general election that year showed the PAC’s balance fall below the $20 mark.)

It’s interesting that Stephens was so meticulous with his records for his old PAC but there is nary a trace of any record for his new operation.

It’s quite troubling that the incoming county prosecutor, who was his own campaign treasurer, ran all that cash through Stephens’s non-registered PAC this November.  One can’t imagine that he did not know of Stephens, a sitting county commissioner or realize that the act may come off as a bit sketchy to observers.

Of course, you KNOW Stephens was not — and is not — the only person playing this game and pulling down this kind of cash in Robeson County.

But our news media is bent out of shape over one guy in Bladen County getting paid $7K for helping a couple of Republicans there.