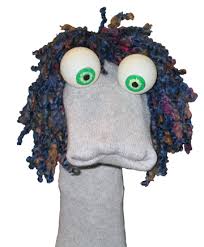 US Senator Kay Hagan (D-NC) — affectionately known in many parts as Chuck Schumer’s sock puppet™ — has filed a bill seeking an extension of federal unemployment benefits.  Imagine that. Right in front of a tough reelection fight.

CNBC’s John Carney makes the case that such a move is a great way to hinder job growth and economic expansion:

We’ve been extending unemployment benefits for the long-term unemployed for years now. This has provided needed relief to the jobless but it is very likely contributing to the problem of unemployment.

In a recent post at Business Insider, Joe Weisenthal argued that “it’s a total scandal” that a budget deal was reached this week without any agreement to extend unemployment benefits. His reasoning is almost as straight-forward as it is wrong.

Weisenthal made his case with two charts. The first shows that the ratio of unemployed workers to available jobs is still very high—nearly three unemployed to each job.

The first thing to concede is that both of these facts are very bad news. Unemployment is too high and job creation too low. Long-term unemployment is particularly gruesome.

And, despite what some of the most rabid libertarians might say, this is a matter deserving of a lot of public attention. Americans care about our fellow Americans. We don’t want an economy that leaves so many of our neighbors jobless and without hope of finding a job. We want to look out for our own.

The question is how best to do that.

Weisenthal gestured toward the idea that unemployment insurance contributes to unemployment. But he does so in a way that shows he doesn’t really understand the complexity of the problem.

You can say all you want about how unemployment benefits encourage some people to not work, and at the margins there might be a handful of folks for whom benefits make it compelling not to take a job. But the numbers show that there are still tons of long-term unemployed and that there are very few jobs out there for them to get.

The problem with this way of looking at things is that it ignores an important effect of unemployment benefits that mostly goes unseen by the casual observer: Unemployment benefits don’t just have an effect on a recipient’s willingness to take a job, they also affect an employer’s effort to expand his workforce.

Here’s how this works. Unemployment benefits create what economists call a “reservation wage” below which unemployed workers won’t accept a job. If I can get $400 a week in unemployment benefits, an employer will have to pay me significantly more to entice me to show up for work. This is the part that everyone understands.

What’s unseen, however, is the employer reaction to this.

And if current prices the products fetch from end-users won’t support the higher wage, employers won’t make new hires. What’s more, because searching for new employees is itself costly, on the margin firms don’t even bother with the search.

There are ways to humanely reform unemployment insurance but we’ll never get around to talking about them so long as the public debate doesn’t recognize how generous unemployment benefits may prevent jobs from opening up.