Politifact wants us to repeat after them:  Republicans lie.  Democrats tell truth.

This time, this Orwellian bunch is targeting Gov. Pat McCrory’s claim that the gay lobby is more powerful than the NRA:

When one thinks of the country’s most powerful lobbying groups, acronyms like NRA, AIPAC and AARP spring to mind. So do phrases like Big Pharma, Big Oil and Wall Street.

During an appearance April 17 on NBC’s “Meet The Press,” North Carolina Gov. Pat McCrory made the argument that the Human Rights Campaign is also among the most powerful lobbies in the United States.

The Human Rights Campaign, or HRC, is a major player in the opposition to North Carolina’s controversial new law, House Bill 2, which limits LGBT rights in public accommodations — and which McCrory was on national television to defend.

“They are putting on a lot of pressure instead of having good dialogue,” McCrory said.[…]

Of course, this earned a big ol’ false from Politifact.  What was their argument?  Politifact compared each group’s magazine subscriber base and their social media presence.

It’s easy to mock or criticize the NRA on ESPN or SNL or even in private conversation.  TRY MOCKING OR CRITICIZING A GAY PERSON ON ANY OF THOSE VENUES.  (Just try it.) 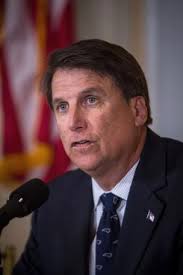 People who belong to the NRA aren’t likely to get out in the streets to wave signs and make a lot of noise and occasionally riot like some folks on the left are.  Our society has evolved so that the worst smear you can hit someone with is ‘bigot.’  Jesse Jackson and Al Sharpton learned that — and profited from it — long ago.  Being called a ‘bigot’ ties you in with Bull Connor and the KKK.  No one wants to associate with or do business with him or them.   So, a lot of good people cave in to the demands from this mob so as to avoid being publicly smeared with the “B’ word.

Look at pop culture.  Gay culture has infiltrated just about every movie and TV show.  Hell, there was even some musing about making James Bond gay.  Other than ‘Silence of the Lambs,” name a major movie featuring an openly gay villain.  In a heartbeat, Christians, capitalists, and 2nd amendment fans will be portrayed as the biggest kind of evil around.

In North Carolina, there was a recent case where a lesbian got arrested for molesting her girlfriend’s underage daughter.  THAT pretty much got ignored by the drivebys.  It’s inconvenient.  The guy leading the opposition to HB2 is a convicted pedophile.  The drivebys don’t mention it because, again, it’s inconvenient to the narrative.

But when a shooting occurs, we get all kinds of details about the suspect’s obtaining of the weapon, what kind of weapon it wa

s, and the details on the ammunition.  It’s also downplayed that the tragedy could likely have been limited or avoided had not all of those innocent people been hamstrung and disarmed by gun control laws.  *If only we had gender-neutral bathrooms. SIGH.*

The NRA is fighting tooth and nail — in the face of a viciously false anti-gun PR campaign in the driveby media and in Hollywood — to protect a right specifically mentioned in the US Constitution.  The Human Rights Campaign and their allies have succeeded in establishing men dressing as women as perfectly normal and acceptable.  They’ve managed to convince people to alter centuries-old rules of western civilization – like marriage between a man and a woman — and the laws of nature — humans come in only TWO genders defined by their anatomy.

The NRA is struggling to preserve what is clearly spelled out in our Founding Documents.  The gay lobby is succeeding in fundamentally transforming our society and culture.  Now, THAT is some serious power.

Broadway — an institution near wholly owned by the gay community – gets a big kick out of producing shows that mock Catholicism, Mormonism, and Christianity in general.  Try producing a show that makes gay characters look less than flattering and you won’t even have time to get the license number of 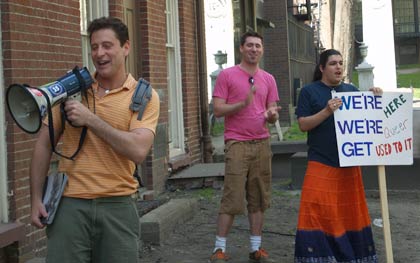 the truck that runs over you.

Look at ESPN.  Look at all of the hullaballoo they made over ”the first openly gay player” in the NFL and the NBA.  Never mind that both of them, um, flamed out.  Look at the lynching of baseball great Curt Schilling — firing him from his color commentary job for daring to re-Tweet something the gay mafia didn’t like.  People tune in to ESPN to watch their favorite teams and relax.  Not to get beat over the head by Connecticut metrosexuals practicing the Obama doctrine.

Making fun of a devout Christian will get you some laughs on ESPN or other driveby venues.  Saying or tweeting something the gay mafia doesn’t like will get you fired.  Or worse.

Politifact has it wrong BIG TIME.  The fact that the HRC and the rest of the gay lobby have made homosexuality a protected class that will get you punished in some form for daring to even be perceived as disrespectful to it makes them a clear power in American politics.  It’s easy to pass gun bans or limitations.  Life will go on.  But we’re seeing right now in North Carolina what happens when the gay mafia doesn’t get its way.