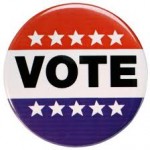 Here at Haymaker HQ, we want to make sure that you early voters are making wise decisions.  Please consider the following recommendations carefully when you’re marking your ballot:

President.  DONALD J. TRUMP. Without apology.  Without a doubt.

US Senate.   No enthusiasm for ANY of the choices here.  We’re leaving this one BLANK.

US House, District EIGHT.   No enthusiasm for any of these candidates.  Also leaving this one BLANK.

Governor.  We’ve got a whole plethora of disappointing choices here.  There are three candidates here who have disdain for conservative positions.  The difference?  Pat McCrory can be, um, “persuaded” to do the right thing.  HB2 illustrates that point perfectly. McCrory has moaned about some of the conservative positions that have emerged from Jones Street, but — in most cases — he’s been a good soldier and gone along with them.   Roy Cooper wants no guns and a lighter wallet for you, and men in the restroom with your wives and daughters.  PAT MCCRORY is the best choice here.

Lieutenant Governor.  We’re getting a rerun of 2012 in this race for an absolutely meaningless office 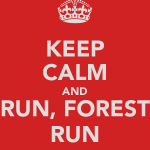 . Folks on Jones Street tell me Dan Forest has been a good soldier in the fight to move conservative legislation through the Senate.  Dan talked a good street fighter game in 2012, but has been pretty quiet since.

He DID step out and endorse the ConnectNC scam, but has countered that with being a good soldier in defending HB2 and battling Common Core.   The lieutenant governor DOES have a vote on the Council of State which makes some very important decisions for state government.  If you watch Dan and his opponent, Linda Coleman, go head to head on the same stage, you’ll see that this race is really NO CONTEST.

Vote DAN FOREST in this race.

Council of State.  We’ve got a number of very important, but low profile, races to consider here.