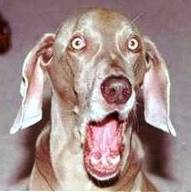 If you think ObamaCare is going to jack up medical costs for you and your family,  wait until you get a load of the potential impact on your pets’ bills for veterinary treatment.   The folks at The Heritage Foundation have come across an angle on this legislative nightmare that many people haven’t considered:

American health care consumers aren’t the only ones who will be hit by slated Obamacare tax hikes. Medical bills for their pets may go up as well.

According to a rule published Friday by the Internal Revenue Service, some medical devices used in veterinary practices will be hit by Obamacare’s 2.3 percent device tax. Many of their manufacturers are expected to hike prices, meaning higher veterinary costs for the nation’s pet owners.

The tax will not hit devices that are used exclusively for veterinary purposes. But a host of such devices are manufactured for use in both human health care and veterinary practices. Those devices’ manufacturers will have to pay the tax.

The device tax is expected to raise costs for consumers. A recent survey of 181 manufacturers found that a 52.5 percent majority plan to “pass along some or all of the increased cost [of the tax] to our consumers.” Among North American manufacturers, the portion who said they would raise prices was an even higher 58 percent.

“Across the board there is bigger inclination among firms to raise prices and pass on costs to customers as a way to deal with the US tax,” the survey found.

Pet owners already spend more than $12 billion on veterinary care annually. ObamaCare may make it even more expensive to care for your pet.

So, we’ve now got evidence of ObamaCare’s negative impact on humans AND their pets.  Yet, the only serious resistance to the legislation we’re seeing in North Carolina is from Belmont Abbey College.

Despite outspoken resistance from HALF of the US states (including Republican administrations in SC, TN, and VA) , incoming North Carolina governor Pat McCrory is taking a rather ho-hum approach to this impending bureaucratic and financial albatross.    NCGOP leadership, as well as leaders of the legislature’s GOP majority, appear to be following suit.