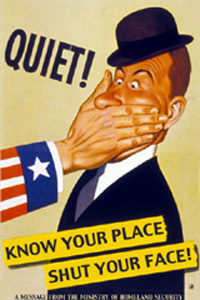 In 2015, Sandhills Community College hired an Associate Dean of Campus Diversity and Cultural Programs.  What’s that got to do with a school whose focus is job skills training?  Not a whole lot.

In the era of Obama — and for decades on a lot of college campuses — diversity means “white, conservative-thinking, Christian, heterosexual males need to bow their heads, shut their mouths, and know their place.”

“Diversity” means set-asides — dorms, clubs, scholarships, special events, admissions policies — for preferred groups.  Anybody who is NOT Christian, white, heterosexual,male and / or conservative-thinking counts as a member of a preferred group.   Talents, qualifications, and skills, be damned.

Diversity is not about hearing alternative points of view.  Ask any conservative student who has attended college in the last, oh, forty years (like ME) whether your opinion gets respected by the establishment on campus. Your opinion counts as diverse if it concurs with that of the leftist mobs and the aging, ex-hippie faculty.

Well, Appalachian State University is tooting its own horn about its latest foray into the diversity game:

Since Chancellor Sheri Everts took office at Appalachian State University in summer 2014, she has said it is a top priority that the campus work to increase its diversity among students and staff.

In 2015, the school’s freshman class was the most diverse in its history, with 15.2 percent from traditionally underrepresented racial and ethnic groups — a 3 percent increase from the previous year.

At the end of the spring semester, Everts sent a campuswide email addressing students and faculty on the status of her diversity priorities, as announced at the beginning of the academic year.

According to the email, the campus has since developed a bias incident reporting protocol, a mentoring program for minority students and a more holistic admission 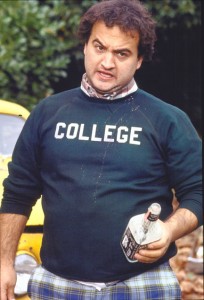 A more “holistic admissions review  process”?  (TRANSLATION:  Silly standards like grades and SAT scores will be watered down or totally ignored so as to meet the racial and gender quotas the leftist faculty and administrators have in their pointy heads.)

And campus tours in Spanish?  Wow. You DON’T even need to speak English to matriculate at App State!

The email also announced the addition of a new administrator — Willie Fleming, who will serve as the university’s chief diversity officer.

Fleming joins the university after working as a psychology professor at Gardner Webb University. He is an ASU alumnus and the university’s former director of multicultural affairs. He will work closely with the Office of Equity, Diversity and Compliance, Student Affairs and Multicultural Student Development, as well as the Counseling Center.

Office of Equity, Diversity and Compliance? Wow. That sounds like it could have been a division of the old KGB or East German Stasi.

Fleming’s role began on May 16 and he has just begun to assess campus needs, but he said he is encouraged by the chancellor’s priorities.

“I think we’ve had wonderful chancellors here, but as an alumnus, I never heard or saw the commitment to diversity as I have with this chancellor,” Fleming said.

Fleming said that while Appalachian has a long way to go, he has seen great strides since he was a student.

He graduated in 1980, and received his master’s from ASU in 1984 and was a founding member of organizations such as the Appalachian Gospel Choir, Black Student Association, and the Black Faculty and Staff Association.

He also helped bring back Black Greek Life to Appalachian and was a charter member of the Pi Nu Chapter of Alpha Phi Alpha fraternity.

Gee.  A background in establishing a bunch of activities and organizations for black people only. *Straight out of MLK’s ‘I have a Dream’ speech, eh?*

“There were a lot of folks in administration who were very genuine and very kind, so the struggle was with very limited resources; we had to create a community within a community,” he said.

Fleming said racism is still a large problem on college campuses, but it has taken a different, less overt form.

To help combat this problem, Fleming said he hopes to implement mandatory diversity training for all faculty, staff and students upon entering the university.

“(We need to) have those tough conversations on social justice issues, hold people accountable and continue to engage students,” Fleming said.

Fleming said his other goals include recruiting diverse faculty and staff who will model inclusion for students, denouncing and dismantling racism and creating a “zero tolerance policy” for bias incidents.

In the past couple of years, ASU students have held multiple protests on social justice issues. The deaths of Trayvon Martin, Eric Garner and others sparked Black Lives Matter protests on campus, and more recently, students occupied the administration building for several days in protest of HB2.

Fleming said he applauds student activists, and hopes they will continue to share their voices.

Mandatory diversity training ??? *CRRRRRRACK!!!*  (That sounds, um, *pleasant.*)  Oh, and, of course, there is such a *scarcity* of discussion about “social justice” and other leftist crap on campuses.

Why bother addressing ills stemming from the 50-year old welfare state when it’s soooooooooooo much more fun to demagogue and guilt-trip whitey over stuff from centuries ago?

Take note parents.  THIS is the kind of crap your hard-earned money is going toward.  Legislators? Remember stuff like this the next time these edu-crats come crying to you about how they don’t have enough money to fund things for the kids.  They seem to have plenty of cash handy for the Mao / Kim Jong Un -style reeducation and crackdown regimens on our campuses.

18 thoughts on “Now, open up and eat some of this DIVERSITY!”