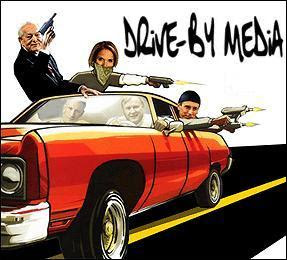 That’s what the headline screams in the N&O this morning.  Though, nowhere in the story does it mention that an SBI probe is a standard procedure for every officer involved shooting in North Carolina.  As is paid administrative leave for the officer or officers involved.

It’s a good idea, too.  The public would tend to have more faith in a probe conducted by a neutral party outside the department. The time off reduces tension between the department and the public,  and also does some good to get the officer or officers involved a little time off the street to cool off and get collected after the trauma of the experience.

The drive-bys appeared to really enjoy tearing the people of Ferguson a new one.  The coverage of this case, so far, looks like they are trying to bring some of that Ferguson *magic* a little closer to home.

I’ll give the N&O reporter-ette kudos for mentioning that police went after the perp based on a report that he had recently shot and robbed someone.  She also mentioned that the perp had recently finished serving prison time on a conviction for various and sundry violence and robbery related charges.  The perp was apparently also on probation for another thievery related conviction earlier this year.  But it goes down-hill and gets a wee bit Ferguson-ish from there:

[…] The shooting has stirred suspicion among Faison’s relatives and neighbors, who said Thursday that the area where he lived has its troublemakers but they don’t believe Faison was one of them.

Sedric Womack, a second cousin to Faison, was at the house Thursday as friends came and went offering condolences to Faison’s mother and sister. Colored balloons had been tied to the porch railing, and hand-written posters demanding “Justice for Travis” were affixed to the front of the house. Television news trucks lined the street.

About half of Faison’s family lives around Sanford, Womack said, and half in Virginia.

Faison grew up in Virginia but moved here a couple of years ago and was living alone in the house that belongs to an aunt. Faison’s young son remains in Virginia with the child’s mother, Womack said.

For about a year, Womack said, Faison worked with him in a family-owned heating and air-conditioning business. Earlier this year, Faison took a job on the production line of a local poultry processing plant “to see what else was out there,” Womack said. “I was happy for him.”

Womack was working out of town Wednesday when a neighbor called and told him, “Something doesn’t look right. You’d better get your family in here. There’s police all over the place.”

As he and other family members arrived Wednesday night, Womack said, the police were leaving. They had removed the yellow crime-scene tape that had wrapped the property for hours.

Womack said an officer told him, “You don’t break the law, you don’t get shot.”[…]

Well, THAT’S nice and inflammatory.  A responsible thing to do would have been to get a description and / or name of said officer from Womack and THEN go to the Sanford PD for comment.  (If an officer really said that, he needs a serious dressing-down.  I am sure speeders in Sanford, for instance, are not shot at.) But then, we ARE talking about drive-bys.