She came.  She saw. She conquered.

The video of conservative activist Nicole Revels trying to question her state senator Jeff Tarte about his mandatory vaccination bill has gone viral. (Tarte and his co-conspirators in the legislation were trying to repeal the religious exemption for vaccinating children.)

Tarte flipped his lid at seeing Nicole in his office, and called security on her.  Revels got escorted out.    (Nicole, as you can tell from the photo accompanying this post, is quite an intimidating figure.)

A bill that would have ended religious exemptions for vaccinations “went too far,” one of the bill’s sponsors said Wednesday.

“I expected to get pushback, and I expected this bill to change, unfortunately the pushback was so great that I lost control of it,” Sen. Terry Van Duyn, D-Buncombe, said Wednesday. 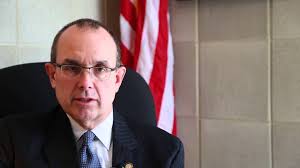 “After hearing serious concerns about stricter vaccine and immunization requirements from our constituents and from citizens across the state, we have decided we will not move forward with Senate Bill 346,” the statement read.

Van Duyn said she had hoped state lawmakers could find a compromise.

“I’m disappointed in that I thought we could reach a compromise that would have respected parental rights, religious rights and personal rights yet maybe close the gap that’s developing in the shield of protection that keeps our kids safe,” she said. 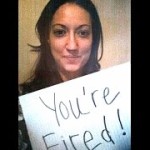 Compare this to what the lefties are accomplishing with their fight against the Religious Freedom Restoration Acts popping up across the country in places like Indiana, Arkansas and North Carolina.  If you make enough noise, politicians tend to pay attention to you.

[Another valuable takeaway from this episode?  If you see Nicole, don’t call the cops on her.]

The drivebys are good at handing out the mushroom treatment when it comes to the honorables in Raleigh and DC.  Outlets like ours, and others across cyberspace, will keep you infomed about what those scoundrels are up to.  For this all to work, you need to apply heat to your elected representatives.