I am a proud, card-carrying member of the ”leave-me-the-hell-alone” caucus.  I consider my self a conservative with a smattering of “small-L” libertarianism sprinkled in there.  (The big-L libertarians sometimes venture into territory that gives me the willies.)

My amigo Pete Kaliner, who you folks near Asheville may know from his daily radio program, is quite the passionate small-L libertarian.  He penned quite a thoughtful piece the other day that I just HAD to share with you:

When you give people the benefit of the doubt, the likelihood that you’ll be hurt or taken advantage of greatly increases. Still, it’s what I try to do because it’s how I’d like to be treated.
For years, I have argued that the state should remove itself from the business of sanctifying marriages. Contract law would cover the legalities of a relationship, and benefits would not accrue to citizens based upon whom they choose to offer monogamy.
And for years, I have argued with conservatives on air – trying to convince them that the limited government philosophy can support this position.
As you might imagine, my position has led to some pretty heated debates over the years, and I was quick to smack down fears that churches would be forced to perform same sex marriages, or that people would be punished for not being made to agree. I deemed these wildly hypothetical fantasies. 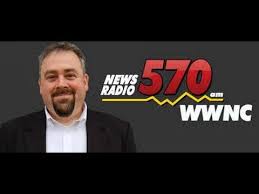 But I was wrong.
In his NY Times column, Ross Douthat asks some pretty important questions about where this momentum will take us – as a society.
… the choice of exactly how far to push and how much pluralism to permit would be almost entirely in the hands of liberals and supporters of same-sex marriage. That’s still basically how it looks to me today…
*****
... the consensus center-left position has basically shifted toward the argument offered by Garrett Epps for The Atlantic: It doesn’t matter if Stutzman or any other wedding vendor is a nice person with sincere religious beliefs, and it doesn’t matter if she or they would provide her services to gay clients in any other context; her religious anxiety about decorating a wedding chapel for a same-sex couple is no different from the objection to integration of a Southern store-owner whose preacher taught him the races should be separate, and needs to be dismissed with extreme prejudice lest anti-gay discrimination flourish and spread.
And whether you find this view, this analogy, persuasive or you don’t, it has a lot of possible further implications. Because in the annals of American history, both Jim Crow and the means we used to destroy it are, well, legally and culturally extraordinary. So if our current situation with same-sex marriage and religious conservatives really is analogous, there is no obvious reason why we’ve reached any kind stopping point once the florists and bakers have been appropriately fined or closed down.
Our society appears to be in the midst of a “quickening” on this matter, and unless the left tells us where this is heading, I’m not sure any of us will know when we arrived. And at the current pace, that could be next week.
[…]

I find myself at odds now with a lot of proponents of same sex marriage who appear to be walking the charred battlefield of the cultural war and shooting the wounded.

I apologize for thinking this was about only equal treatment under the law. I apologize for dismissing conservatives’ fears that this slippery slope would lead to de facto banishment from various sectors of the public square.

I thought people just wanted to be left alone. I was wrong.

For many, they wanted forced conversions.

As such, it’s only fair we ask where it ends.

Kaliner is right.  So much of the left’s tactics these days appear to revolve around the principle of ‘Cave in to our demands or we will find a lawyer, judge, or bureaucrat to absolutely crush you.’  It’s quite reminiscent of what we’ve seen in Nazi Germany, Stalinist Russia, Mao’s China, and various other Third World dictatorships over the years.

Why focus on destroying someone — putting them out of business — when you can simply browse the Internet or walk down the street to find someone else who will take your money and do what you need?  The current rhetoric sounds like a lot more than the noble principles behind the 1960s civil rights movement.  The current rhetoric from the left is sounding a lot more like ‘Do what we Say, or —  ELSE.’

Fining someone into bankruptcy or harassing them with bureaucratic power because of political differences is not what America is about or has been about. We’ve seen way too much of it in failing or now-failed societies around the globe.

3 thoughts on “Are the gaystapo’s tactics producing common ground for libertarians and The Religious Right?”