We’ve all sat through those silly, lawyer-blessed “training” videos from the HR department at one time or another.  Cops, I’m sure, are subjected to a lot more than the rest of us.

A new training video for police, issued by the US Department of Justice,  lays down the law on how the nation’s law enforcement officers need to interrelate with the transgender crowd.  Here are some of the, um, “highlights”:

Barack Obama’s Department of Justice has issued a transgender training video directing police to automatically accept claims by people that they have switched their sex, and to ignore local laws regarding sexual privacy in public bathrooms.

The officer simply accepts the claim — and dismisses the woman’s correct complaint as “probably a misunderstanding.” The video also does not mention that cops are supposed to enforce local laws. The federal message is that cops should suppress their power of observation, forget what they learned about biology, and ignore local laws that exclude men from women’s public bathrooms.[…]

Oh, and never mind if that person who appears to be female hands you a driver license featuring a picture of what appears to be a man. (Or vice-versa.)  *Don’t even think about the possibility of (1) identity theft, or (2) a fugitive hiding in disguise from law enforcement. *  MORE:

[…] The federal video fully endorses the transgender ideology, which insists that the government should force all Americans to accept and endorse each person’s claim about their sex, no matter what biology or logic or civic rules say. “Transgender people are just trying to be their true selves … we must make every effort to collaborate and learn from the transgender community,” claims the presenter, a D.C.-based policeman, Sgt. Brett Parson.

That issue of manners and customer-service aspect is addressed in the video. For example, the video instructs officers to inquire how a suspect would like to be addressed. 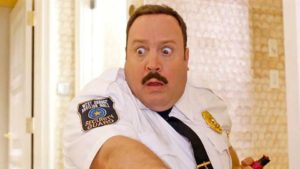 But instead of asking for a name, the video says cops should ask for a sex-related title. “Do you prefer if I call you ma’am or sir?” an officer says in a segment of the video. Thus the video urges cops to let transgender people impose their claims to be a member of the opposite biological sex.[…]

One of the, um, “best” segments of the video includes a warning against assuming trannies walking down the streets are hookers — or, as the video says, “commercial sex workers.”

We’ve got 94 million people out of work, and THIS is what the Obama administration is going to the mat over.  It’s interesting how the video’s intro draws allusions to the 1960s civil rights struggles in introducing the discussion.

It’s amazing how the same crowd that loudly promotes adherence to “science” in their defense of global warming throws science out the window on this subject — treating the “changing of gender” like changing one’s clothes or hair color.