THIS should be required reading for ANYONE with influence in the GOP campaign to unseat Kay Hagan. Kay Hagan wants to talk about birth control pills and public school classroom size.  Thom Tillis wants to talk about his paper route.  American Insights has decided to throw out there the issues it sees North Carolinians caring the most about:

[…] “On the fundamental question of what role government should play in our lives, North Carolina remains a conservative state with a majority of voters believing the government is doing too many things that should be left to individuals and businesses,” said American Insights Director Pearce Godwin. “The students at NC State who operate the only campus poll in the nation, Pack Poll, uncovered telling differences in issue priorities between supporters of U.S. Senate candidates Kay Hagan and Thom Tillis. While the two bases are largely motivated by the same issue set, the students found Hagan’s supporters more likely to cite the economy as most important while more of Tillis’ base is focused on foreign affairs. Among those in each base who cited other domestic issues, the Tillis voters are much more focused on immigration, while Hagan’s give a lot more attention to education. We expect the campaigns to cover all of these issues in targeted messaging over the final weeks of the race.”[…]

BOOM! Not a word about birth control or the PTA. (Or paper routes.)

Among ALL voters, AI found 36 percent most concerned about the economy, while 21 percent were focused on foreign affairs. Washington’s regulatory overreach — including ObamaCare — is stifling the economy and driving a lot of families deeper into the poorhouse. 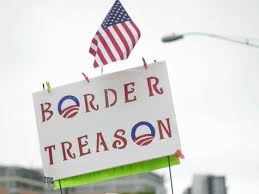 *Here’s an idea.* Almost as many Hagan supporters as Tillis supporters see health care as a significant issue.  Why not unload on Kay about ObamaCare and the damage it has done to our economy and society?  Go meet with Pattie Curran and her family.  They are being eaten alive financially thanks to what ObamaCare has done to their insurance.  There are many other families, I am sure, who are in the same boat as the Currans.  Put a human face on this story.  Look at what Kay Hagan has done to these nice people.  That would strengthen Tillis with an already skeptical conservative base, and possibly steal away some Hagan leaners.

Time is getting short.  What Theam Tillis is doing now is allowing Kay Hagan to run out the clock.  Get passionate about the issues people care the most about.  Give them something to believe in — to take to the streets and vote FOR.

2 thoughts on “#ncsen: what the voters REALLY care about this year”