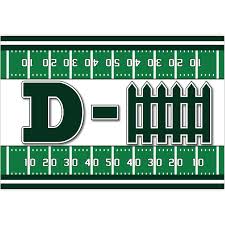 It’s football season.  One of the favorite stats of sports drive-bys is time of possession (a/k/a “time on offense.”) The longer your team has the ball, the longer the other team is without the ball AND a chance to score points against you.  So, it is generally viewed as a good thing to have  your opponent’s defense on the field A LOT.

The same rule applies in political campaigns.  You are generally viewed as in trouble if you spend more time defending yourself than you do raising questions about your opponent and SELLING YOURSELF.

The N&O had items this week like this and this detailing an item today about the main topics in this year’s US Senate race:  contraception, spending on government schools,  and the minimum wage.  In other words, they’re talking about exactly what Kay Hagan and the Democrats want to talk about.  There are soooooo many things we could be talking about: the federal debt endangering our children and grandchildren’s future, Kay Hagan begging the feds to sue the very state she represents in the Senate, her collaboration in the effort to undermine our combat efforts in the Middle East, her involvement in the authoring and passage of ObamaCare. But NO.  We’re talking birth control pills.

The minimum wage issue is a dead horse the Democrats drag out each election year.  I would turn

the issue around on Senator Sock Puppet.  I would talk about how ObamaCare has changed the economic landscape.  Thanks to ObamaCare, full time white-collar jobs with benefits are disappearing and being replaced with low-paying blue collar jobs without benefits. Thanks to O-Care and the rest of Kay’s record, we’ve reached a point in our nation’s history where more and more people are actually having to be concerned about WHAT the minimum wage IS. (BUT sadly, we have a GOP nominee who tried to help establish O-Care in North Carolina. So, the GOP campaign can’t really go there.)

The stuff about not wanting western North Carolinians to make as much as Bostonians?  Turn that around to attack HER for standing more often with New Yorkers than North Carolinians.  After all, she IS Chuck Schumer’s (D-NY) sock puppet.™ Schumer is responsible for recruiting her and filling her campaign coffers in 2008.  Ol’ Kay has been hanging out and fundraising quite a bit in Schumer’s neighborhood.  (Jus’ sayin.’)

Tillis also appears to be buying into Hagan’s war on women nonsense.  He’s sending his wife out to make campaign appearances for him.  He’s hauling in South Carolina Nikki Haley to Fayetteville this week.  If he even tried to look and sound conservative, he could have attack-babes like Laura Ingraham and Sarah Palin out there rallying the troops for him.  (But no, he’s getting Chris Christie.)

You could paint the agenda Hagan has been sycophantically following is a war on women.  O-Care and tax increases are putting a lot of women, and the family members they love, in the unemployment line.  That agenda has caused an uptick in home foreclosures and bankruptcy filings. It’s a war on men AND women.

Rush Limbaugh has described the 1994 and 2010 GOP waves as the party succeeding in getting people to CHANGE THEIR VOTES, but NOT CHANGE THEIR MINDS.  With the 1994 wave, voters gave the GOP a shot until they saw they were not much better than the other guys.  Why not take steps to avoid a repetition of history? Why not sell the concepts of limited government that brought the party SO MUCH success in 1980 and 1984 and put the left on the ropes?

Kay Hagan is an accidental senator who SHOULD have been easy pickings this year.  The GOP establishment told us Thom Tillis was THE big gun to take out Senator Sock Puppet.  Yet, the polling has been dismal.  We’re seeing ol’ Kay ahead by as much as SIX POINTS in recent weeks.  We’ve got wall-to-wall attack ads on the television piling on top of Tillis.

Establishment figures on the right and left are expressing concern about what should have been easy-peasy.  Stu Rothenberg and Rasmussen Reports are ranking this race as ‘Tilting Democrat.’ National Review says it’s “time for GOP concern” about North Carolina.    The Fix column in The Washington Post rates this year’s Senate contest in categories like:  Races where Democrats feel good / Republicans don’t, Races where Republicans feel good / Democrats don’t, and Races where opinions are mixed.  Tillis v. Hagan falls in the ”mixed opinions” category.

Jesse Helms stayed on offense and kept his opponents on the ropes.  He got 30 years in DC as a reward.  And we got a senator who gave voice to our frustrations with Washington’s overreach.  There is still time.  But given what we’ve seen so far, I think we’ve got a lot more responding to Kay Hagan to tolerate.  This should have been a piece of cake.  That’s why this is so damn frustrating.