Yep.  That’s what THIS MAILER that showed up in a lot of North Carolina snail-mail boxes on Thursday says.  It tells you that Thom Tillis “has been very busy … Raising our taxes.”

There is no disclaimer IDing who paid for it.  It seems to insinuate that Libertarian candidate Sean Haugh paid for it.  But looking at his campaign finances, his past practices, and the fact it only attacks Tillis, really makes me doubt it.

My first instinct is to believe this mailer is PAYBACK for the conservative-financed ad campaign  promoting Sean Haugh at the expense of Kay Hagan.

The mailer describes Haugh as “a principled conservative who believes in limited government. He won’t spend money we don’t have, and he’ll go to work each day for you, not the special interests.”

(As a side note, this is exactly the kind of ad one of Tillis’s SEVEN primary opponents SHOULD have sent out before the May vote. )

Why do this?, you ask. All of the polls indicate this race is close.  The shortened early-vote cycle ensures that more people will be waiting to vote closer to election day.  The left recognizes there is some conservative dissatisfaction with Tillis. Surely, the hope here is to influence low-information conservative-leaning voters who haven’t yet made it to the polls.  By reading this flier, you’d have no idea Kay Hagan was even running. 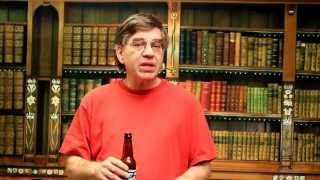 Sure, it is illegal to send out a mailer without identifying its sponsors.  But it will take until well after the election is over to sort it out.

Sean Haugh has said some good things in reference to economics.  The pizza delivery guy seems to understand the free market better than the GOP standard-bearer.  But his stands on things like gay marriage, the military, and drugs would make him less than palatable to most Tea Party types.