We occasionally get some interesting gems that magically show up in our email inbox.  Like, THIS ONE for instance:

I hope you’re doing well and hanging in there this close to the
election. I wanted to put on your radar a national GOTV phone bank
planned for this Sunday, October 26.

It’s organized by a national Jewish social justice organization called
Bend the Arc, (with branches in DC, NYC, LA, San Francisco, and local
affiliates in half a dozen cities across the country and led in-state
by Carolina Jews for Justice (CJJ) and six major Jewish institutions 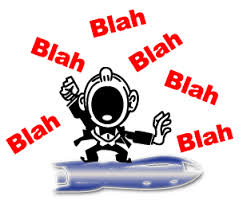 Together they’ll invest hundreds of hours making phone calls to key NC districts
encouraging voters to get to the polls. Volunteers from affiliates in
Wisconsin, California, Philadelphia, and Colorado will be getting in
on the action, too. This national effort builds on months of work by Carolina Jews for
Justice to engage infrequent, young and new voters in Greensboro,
Raleigh, Fayetteville, Winston-Salem and Asheville. (As non-profits,
these groups are not supporting one candidate or another, but are
instead working on expanding the electorate and increasing turnout.)

Despite the fact that NC does not have a significant Jewish
population, Bend the Arc and its affiliates across the country are
prioritizing work here for two reasons:

1. Because this race could tip the balance of the senate, making a
huge difference for the future of US policy on voting rights and

2. Because American Jews are outraged over North Carolina’s severe
efforts to restrict voting rights. (See the Washington Post photo
essay about Bend the Arc’s twilight vigil to commemorate Freedom
Summer on the steps of the Lincoln Memorial.)

I thought this might be an unexpected election/GOTV story. If you
like, we can put you in touch with the folks from CJJ who are
executing this work on the ground and we can connect you with Bend the
Arc Jewish Action Director Hadar Susskind (in DC) who can explain why
this network of Jewish groups is prioritizing work in NC.

Let me know what you think,
Emma 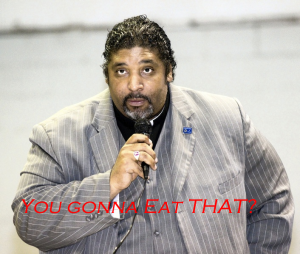 If you’re curious, Carolina Jews for Justice is an actual group. (Looks like a bunch that enjoys chillin’ with The Round Rev.) So is Bend The Arc.(See this too.)
Our “pal” Emma, who authored this email, is an associate with BerlinRosen Public Affairs, which has offices in New York, California and DC.  (According to her profile on the company web site, she has dual Dutch and American citizenship, lives in New York, worked for former Democrat US Senate candidate Joe Sestak of Pennsylvania, and believes fries are best enjoyed with mayonnaise.  *You heard it here first.*)
BerlinRosen appears to be most proud of its work to elect the current Marxist fruit-loop mayor of New York City, and its partnership with the Brennan Center for Justice to stop “the war on voting.”
Let’s see how many drive-bys here in ol’ N-C take Emma up on her offer.

3 thoughts on “#ncsen: (ooh, we got mail!) Nat’l Leftists infiltrate our lil’ scrum”