Kay Hagan’s campaign and its trolls are all over social media trumpeting a report published in the Greensboro News & Record that says North Carolina ”ranks as worst state for teachers.”    Yep.  According to these guys, our schools are worse than the metal detector-laden, gang-violence ridden nightmares in NYC, DC and Detroit.

If you read the article, the national rankings were compiled by something called Wallethub.com — “the social network for your wallet.”   (This particular survey from Wallethub was preceded by one they conducted on fairness of state taxes to poor and minorities.   State taxes were considered “unfair” if they did not sufficiently gouge higher income earners. )

I decided to do some of the work that the News & Record should have done.  Instead of regurgitating the press release verbatim, I went to the original source document.   What did Wallethub base these rankings of best and worst states for teachers on?  Data from a number of Obama Administration agencies and the National Education Association.    That’s right.  The N&R is  presenting ra 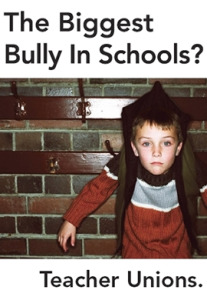 Wallethub’s findings start off with a chart that inexplicably has North Carolina at the bottom.  There are scores next to each state, but there is little detail offered as to how each score got calculated.  So, if you just look at that chart, you’d believe North Carolina truly is the worst state in the union to teach in.

But let’s go a little further down the page. They present a “Worst School Systems Ranking” that lists Nevada, Louisiana, Alabama, Mississippi and DC as having the worst school systems.  Wait a minute.  You have a chart at the top of the page showing North Carolina as the very worst.  Yet down here, DC is the worst?

According to these rankings, North Carolina as neither one of the top five nor bottom five pupil-to-teacher ratios.  The rankings put North Carolina at #48 in terms of per-pupil spending.  Yet, DC, New York and New Jersey are among the biggest per-pupil spenders.  Anybody out there just dying to send their little ones off to a DC public school? Grab some kevlar when you go shopping for supplies.

They have us ranked as 47th in teacher salaries, but we don’t make the top or bottom five in the number of kids between 5 and 17 or the number of teachers per capita.

*You GOTTA love it.*  Throw stats out there compiled by leftist sources and present it as objective journalism. Release it to the drive-by media right here at election time where it is sure to have the most beneficial — to the left — PR impact.

Read past the headlines in the drive-by media.  Click on the links to source documents and read further on your own.  The sloppy, lazy drive-bys are not into getting you the truth.  You’ve got to do a little work to search it out for yourself.  Sad. So very sad.