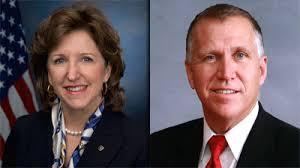 Tillis has 80 percent of Republicans, while Hagan can count on 76 percent of Democrats.   Sean Haugh polls at 6% in this survey. Four percent said they were not sure.

Tomorrow night, this all ends.