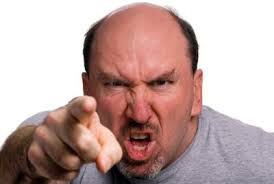 If the choices we’re looking at on the ballot don’t give enough incentive to start working WEDNESDAY on finding candidates for 2016, I don’t know what will.

You may not be crazy about either of the two major party nominees in the US Senate race.  But there are FIVE OTHER OPTIONS beyond Tillis and Hagan.  You have Libertarian Sean Haugh.  You have write-in candidates David Waddell, Barry Gurney and John Rhodes.  Or you can simply leave that section of the ballot BLANK.  (Don’t worry, your other votes for other offices WILL COUNT.)

You may not be crazy about your nominees for Congress (*COUGH* Renee Ellmers *COUGH*). You can vote for The American Idol or you can also leave that one blank.  An undervote in a congressional race gets a lot of attention from folks thinking about primary challenges two years down the road. It can be quite persuasive.

Conservatives have an outstanding candidate in Greensboro’s Mark Walker.  We here at Haymaker HQ encourage EVERYONE in the Sixth Congressional District to turn out and give him your vote.  We see great potential in Mr. Walker.

There are a numb

er of key legislators who need some help at the ballot box.  Big liberal interests have been spending a lot of money to pound them into submission.  Here in the Sandhills, state Rep. Mike Stone (R) in Lee County is getting beaten around the head and shoulders with a lot of disinformation about fracking.  (Leftist a-holes even hijacked his campaign web site.)  Stone has been a dependable conservative vote in the House.  He saw the great potential for economic growth in fracking.  (Look at the great things it is doing for North Dakota.  I have cousins who commute from North Carolina to North Dakota to work in the energy business  — three months on, three months off.) It’s a shame that the energy industry has not shown him much gratitude for his support.  People in Lee and Harnett counties are being bombarded with lies from the enviro-nazi movement. Don’t let the radical left take out a solid dependable conservative leader.  If you’re in Lee and Harnett counties, get out on Tuesday and give Mr. Stone your vote.

We’ve listed a number of candidate recommendations in the left sidebar of this page.  There are a lot of judges on the ballot.  As you know from recent rulings on ObamaCare and gay marriage, judges have a major impact on our way of life.  We’ve done the research, and IDed the judicial candidates we believe will do the best job of keeping the forces of the state in check. 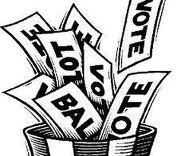 There is also a horrible constitutional amendment on the ballot.  It is basically asking you to surrender your fundamental right to a jury trial. If nothing else on the ballot impresses you, you NEED to get out and VOTE THIS AMENDMENT DOWN.  It is a travesty that it even made it out of the general assembly.

Don’t believe for a minute that life — starting WEDNESDAY — will be all sunshine and rainbows.  Our state and our nation are in a mess.  There are just as many scoundrels with Rs next to their names as there are with Ds.  Make sure you understand the issues and how the candidates stand on them.  Don’t vote based on the letter next to their name or the party affiliation listed on the ballot.  Consider the candidates’ records and whether their accomplishments or achievements have furthered the principles of liberty and freedom or servitude to the government.

We need to hold our elected representatives’s collective feet to the fire so that they remember they serve at our pleasure.    Your right to vote — which a lot of people fought and died for — is one of the most fundamental tools for accomplishing that.

7 thoughts on “We know. A lot of bad choices on the ballot. But STILL — you NEED to vote!”