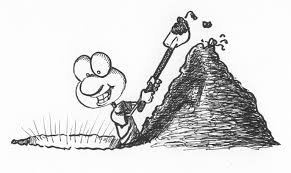 The sound-bytes and the headlines about political polling can be quite titillating. But to really understand what’s happening in a race, you need to dig deep into the details found in a poll’s cross tabs.

Let’s compare PPP’s February poll of the US Senate race vs. the March survey.  PPP – a Democrat aligned firm — spins their March survey as good news for Kay Hagan, the Democrat incumbent in the race.  Really? Her approval / disapproval rating didn’t budge from February to March.  I GUESS you can say that’s good — relatively speaking.

In one month, everyone lost support – except for Greg Brannon.

Grant, with her low-budget no frills campaign, appears to be turning heads, winning friends and influencing people.

In terms of the head-to-heads, Alexander, Snyder and Brannon should be the happiest.  Alexander and Snyder are the only Republicans showing a lead — albeit within the margin of error — against Hagan in the March poll.  Given Greg Brannon’s nightmarish PR situation during February, he should be counting his blessings that his head-to-head numbers aren’t worse.  There is an interesting 43 percent pattern that keeps showing itself for senator Hagan.

7 thoughts on “#NCSEN Digging deeper into that March PPP poll”