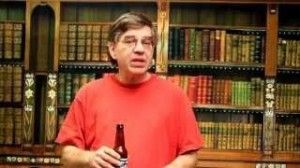 “Why is Thom Tillis helping payday lenders prey on our troops?”

That’s the question on the front of YET ANOTHER mailer promoting the candidacy of Libertarian Sean Haugh.  (For the record, Haugh AND his campaign manager have posted on this site that they are not involved with, and had no prior knowledge of, the dissemination of these mailers.) It is a violation of election law to send out stuff like this without printing some kind of information about who paid for it.

On the back of the Friday mailer, it says “For Thom Tillis, it is just politics as usual.  Thom Tillis took campaign money from predatory lenders. Then he turned around and passed laws raising the rates they can charge. Even though the laws were opposed by the US military because payday lenders rip off our men and women in uniform.”   This mailer differs from Thursday’s by including an attack on Kay Hagan: “…And Kay Hagan is no better. She has taken millions of dollars from the union-backed interest groups who are fighting to take away your right to work.”

SOMEBODY — outside of the extremely low-budget Haugh campaign — is working overtime to push voters away from Tillis and TO Haugh.  We heard stories about this type of thing in Virginia’s gubernatorial race last year.  Apparently, national liberals were pumping money into the campaign of the Libertarian in that race.

It would be interesting to know who is behind these mailers.  But we won’t learn that until well after the voting is over.  Before you start cursing the libertarians and the people behind these mailers, ask yourself: How potent would this tactic be if the GOP was presenting a serious conservative candidate with a serious, credible limited government message and background to the voters?

2 thoughts on “#ncsen: Another one”