It looks like North Carolina Republicans will have at least THREE choices to pick from in selecting a candidate to face off in November with incumbent Insurance Commissioner Wayne Goodwin (D).

Mike Causey, Goodwin’s 2012 opponent, is giving it another whirl.   Heather Grant, an unsuccessful primary candidate for US Senate in 2014, is jumping into the fray for Insurance Commissioner. A third choice that has emerged in the GOP field may make this race a lot more entertaining than usual.

Ron Pierce, a Charlotte-area businessman and author of a book entitled — (no joke, here) — Pissed Off — is jumping into the field with rhetoric that falls right in line with his book title:

I served in the Army as a helicopter mechanic. After my honorable discharge. And a trip to Saudi Arabia as a helicopter mechanic. Where I meet my wife. She is originally from the Philippines. I came to Charlotte NC., to be the “helicopter mechanic” for the Life Flight program for the Carolina’s Medical Center “then Charlotte Memorial” In 1988.   I have been in NC. for the past 28 years. My wife Eloney is still a registered nurse at “Carolina Medical Center”. I have two grown children Karen and Kristina. I have owned and operated my own construction company since 1990, especially while being laid off three times with US Airways thru the 1990’s. “I never trusted corporate america”. And still don’t. I started off as a handyman and grew the business to where I passed the North Carolina General Contractors Exam in 1999. I told U S Airways to take their job and stick it where the sun does not shine in 2001. I’ve never seen a company that puts you thru a very rigorous screening and training process and then treat their employees as the enemy. Any way. 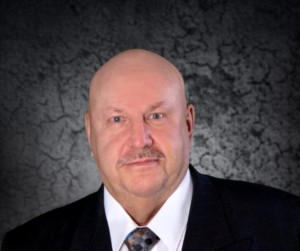 ?I still live in Charlotte, I just completed writing a book called “PISSED OFF” That fully explains my fight with the Insurance Companies. And their paid politicians at state and federal levels. Least we forget their paid LOBBYISTS. AND THE BOOK WILL ADD A FEW OF MY PERSONAL VIEWS.

What started me off going down the path of learning about the insurance industry as a whole was HURRICANE KATRINA. In 2005. I went thru Louisiana and onto Beaumont Texas to help do clean up after the hurricane. What I have seen and experienced was incredible. Here you have people with there lives in turmoil and despair with roofs blown off, trees laid sown across entire houses, with these people looking for a place to stay and can’t find one. And then the insurance companies trying everything possible to get out of paying for what they were legally responsible for paying. This to me was a wake up call.

I came back to Charlotte and started a new construction company called Clear Choice Construction LLC. And I started learning what was and what was not in the insurance policy and how it applied to the North Carolina building codes.

I have to deal with Insurance companies on a daily basis where it comes into putting homes back together after a calamity such as water, fire, or wind and hail damage. I have had to deal with every lie that the insurance company and the licensed insurance adjusters can and will use to not pay you correctly. Or just outright deny you up front and call it wear and tear.

IF YOU THINK THAT THE NORTH CAROLINA DEPARTMENT OF INSURANCE WAS THERE FOR THE CITIZENS OF THIS STATE, ON THESE CLAIMS AND MANY MORE CLAIMS AFTER, YOU WOULD BE WRONG EACH AND EVERYDAY.

?IF YOU HAVE BEEN DONE WRONG BY THE INSURANCE COMPANIES IN NORTH CAROLINA. I WANT TO HEAR FROM YOU.

IF YOU HAVE FILED A COMPLAINT WITH THE NORTH CAROLINA DEPARTMENT OF INSURANCE AND JUST GOT A REPLY THAT DID ABSOLUTELY NOTHING BESIDES LIP SERVICE, I WANT TO KNOW THAT AS WELL.

7 thoughts on “#ncpol: Wayne Goodwin starting to draw a crowd of opponents”