There have got to be some big fat checks hidden in this sellout SOMEWHERE. 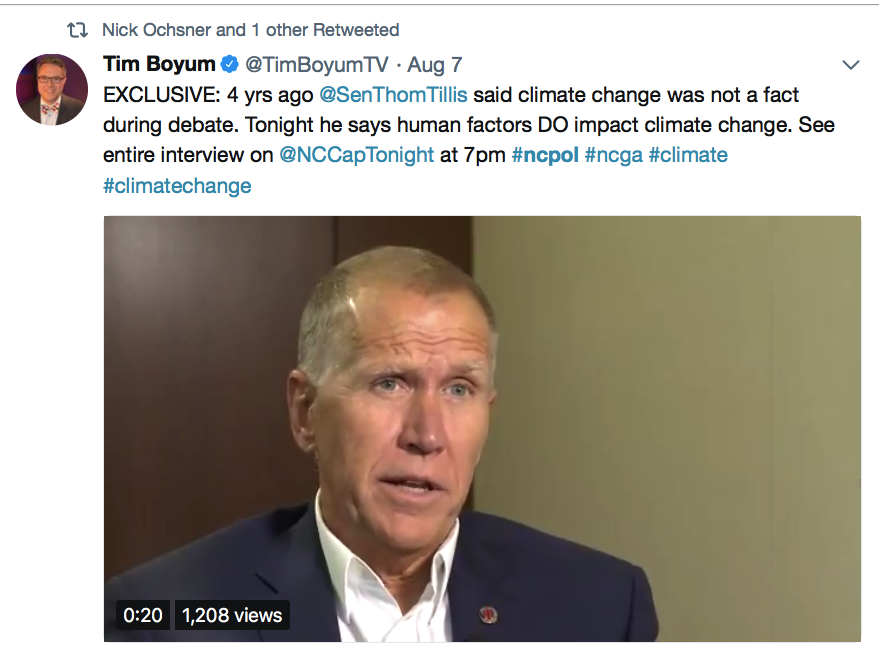 The enviro-wackos stopped calling it global warming when the data showed the globe was, um, not warming.  Now, it’s climate change.

Who can argue with the climate changing?  We have hot days.  We have cold days.  We had an Ice Age.  Now, we don’t.

The “man-made” part is the problem.  The enviro-wackos use it as an excuse to slap all kinds of regulations, fees, fines, and taxes on Americans and American businesses.

(Meanwhile, the Chinese are struggling to breathe and they can’t drink the

water over there. Most of the trash you find in the oceans comes from Third World countries far from HERE.)

America’s major cities — in the dawn of the industrial age — were smog-infested, disease-wracked rat-holes.  As technology advanced, things got a lot better.  EPA nazis were not necessary.

Hmmm.  Are there any parts of Thilli$$$’s 2014 campaign platform that he hasn’t yet abandoned?