When it took you thirty-some years (some 17 community colleges and an online correspondence program) to get your bachelor’s degree, it takes some pretty big cojones to act all superior and question someone else’s intelligence.

But, THAT is our junior senator for you.  Thom The Terrible has decided to pick a fight with radio host and conservative superstar Laura Ingraham.  Renee Ellmers tried the same thing a few years back. (Anybody seen her lately?)

Thilli$$$ earned Ms. Ingraham’s wrath for his passionate support for amnesty for illegals and his criticism of the Trump wall on the Mexican border.  His latest move — strengthening the Democrat attack on President Trump — appears to have been the last straw for her. 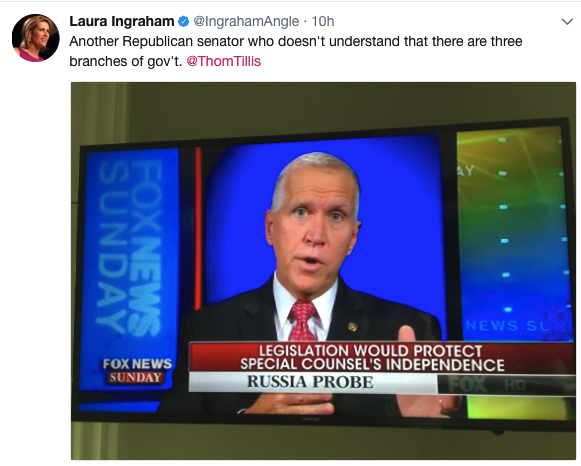 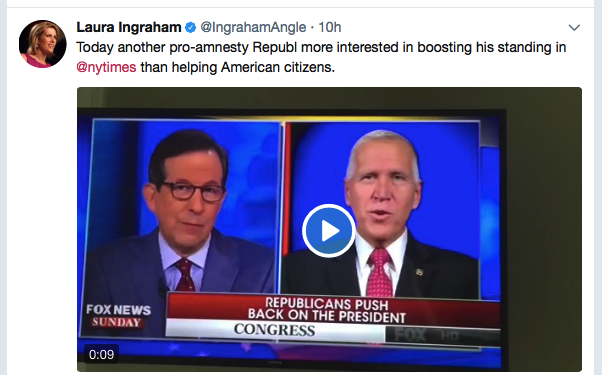 This Week with George Stephanopoulos, where Thilli$$$$ decided to launch his attack, eagerly stirred the pot on Twitter: 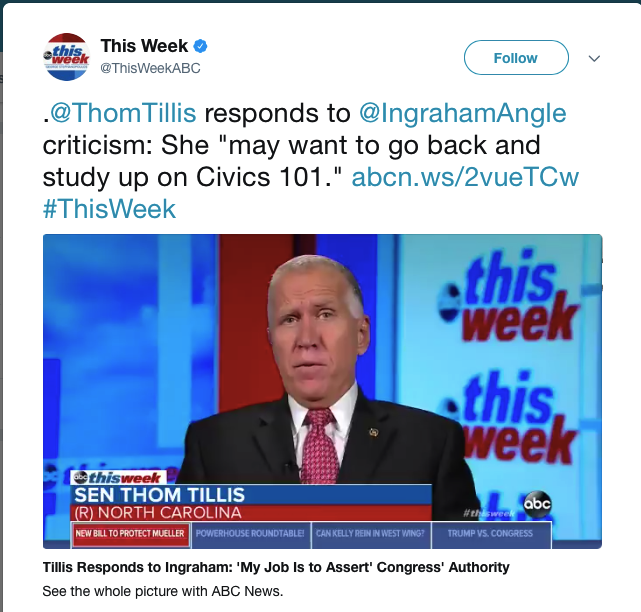 Of Course, Theam Thilli$$$ decided to take their cue from the former Clinton crony-turned-driveby: 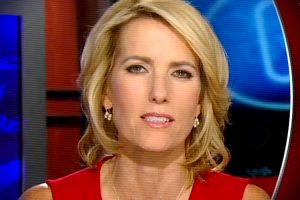 We think Thilli$$$ should have paid closer attention to the civics curriculum at that online college he graduated from.  The whole idea of a special prosecutor runs afoul of The Constitution on so many levels.  The Constitution allows for impeachment proceedings in Congress if the denizens of Capitol Hill believe criminality is occurring in that big white house at 1600 Penn.  We saw it during the Clinton era.  Congress holds an investigation / grand jury type proceeding, and then holds a vote based on the evidence uncovered.

Thom Tillis is not doing much different from what Kay Hagan would have done in a second term.  For all intents and purposes, THIS is Kay Hagan’s second term.