And you thought the Democrats had cornered the market on jackasses:

Steve Milloy, a Trump EPA transition team member, contends that the Obama-era regulation “would have essentially shuttered the glider industry.”[…]

What do you want to bet that there are campaign contributions at the heart of all this?

Carl Howard, the vice president and general manager of H&H Freightliner, a North Carolina trucking company, reacted to the news that Sen. Burr supports the Obama-era trucking rule in an exclusive statement to Breitbart News. 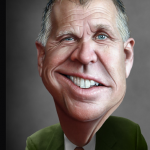 The EPA rule eliminates our glider business in 2020. Without a new means to replace these sales we will see about a 40 percent decrease in vehicle sales. The term “decades of consistent regulation” regarding this is a joke. The only thing consistent with the regulation is that it changes. I think someone has pulled the wool over Burr’s eyes regarding this, and pretty disappointed he did not look at 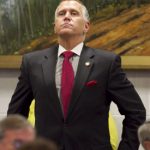 his constituents, or manufacturers in his state.  The largest manufacturer of the unassembled kits and new trucks has 2 plants in North Carolina. The manufacturers against it are not doing it for environmental concerns, they are doing it because they do not produce glider kits.  Who wouldn’t support a possible reduction in competition? Further, the perception is false that gliders put dirty trucks on the road, old worn out dirty trucks are pulled off and replaced with gliders. They replace dirty trucks, not create them.[…]